Jerry Remy is nearing his return to the NESN broadcast booth.

Remy has been out of action since May 28 because of illness, but the NESN analyst said on a conference call Wednesday that he will return to the booth on Tuesday, when the Red Sox host the Rockies at Fenway.

?I’ve always said that I would be honest and truthful about everything that goes on with me health-wise,? Remy said. ?[The] last couple of weeks have been pretty tough. First of all, I went to the doctor [Wednesday] and I got the green light to go back to work on Tuesday. They didn’t want me to go to Detroit over the weekend — they didn’t want me flying to Detroit. So I’ll be able to return to the booth with no restrictions on Tuesday.?

Remy, who was in good spirits during the conference call, initially missed a few games because of allergies. The allergies, according to Remy, turned into pneumonia, and that elongated his absence from the booth.

?I was working a Sunday game [on May 26] and I had an allergy attack. I thought that that would improve within a couple of days. It actually got worse on the Monday night that I worked, so I went to the doctor the following day and I was told at that time I had pneumonia,? Remy said. ?So at that point they put me on oral medication, which I thought would clear things up in a matter of days. Unfortunately, my body rejected the antibiotics that they put me on and continued to get worse.

?So from that point on they admitted me to Mass General, where I spent five or six days, I think five days and was on a heavy dose of IV antibiotic … within 48 hours that made a tremendous difference. When I got out of the hospital I was still pretty lethargic from the pneumonia and not ready to go to work. The club was on the road at the time and so they thought it best I not go on the road, and that?s pretty much the way it is.?

Remy was also diagnosed again with lung cancer prior to spring training, and he had radiation treatments during spring training. Remy said that the results have been very, very positive, though, and it?s clear that he?s itching to get back to work.

?I can?t think of anything else that I might be missing except that I miss doing my job,? Remy said. ?I?m thankful for NESN for being so understanding about everything that I?ve been through and [I?m] looking very much forward to getting back in the booth and following this club into the playoffs.

It?ll be great to have the RemDawg back. He?s certainly been missed. 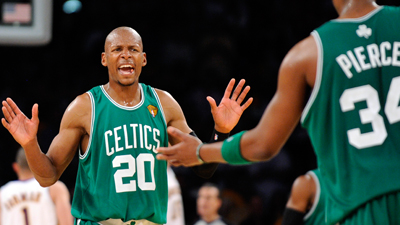 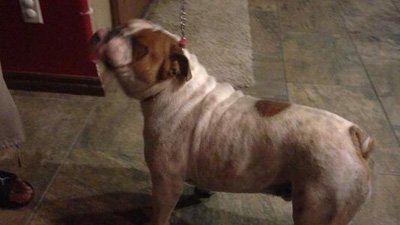 Kendrick Perkins Advertises English Bulldog on Twitter, Sells It for $1,500