Tim Tebow joined the Patriots only a few days ago, but he’s already being held in the same regard as Tom Brady — sort of.

While the media circus circled around Foxboro earlier this week for Tebow time, the Patriots brushed aside all the extra media members and ignored the added attention, which included a classic Bill Belichick news conference. Now, it appears the Patriots might be buying into the hype.

The Patriots announced on Wednesday that Tebow, along with Brady, would be their “star” players for the 2013 season. That might seem like a pretty lofty title for a third-string quarterback, but it might actually be the smartest course of action for the Patriots.

The NFL allows each team to have two “star” players, per league rules, each season. Those two players are only required to meet with the media once per week, meaning Belichick will be able to at least limit, if not eliminate altogether, the media frenzy that New England experienced on Tuesday.

The label itself may stir up some slight controversy, though not one of the quarterback persuasion, but the limited media access should benefit the Patriots during the season. And now that he’s been labeled a star maybe the Patriots can actually get Tebow to play like one. 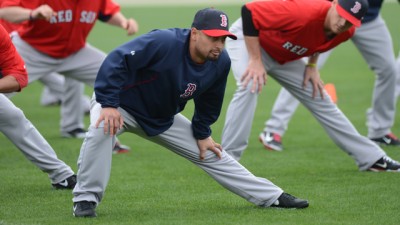