Roger Goodell Defends Redskins Name in Letter to Congress, Which Calls it 'Statement of Absurdity' (Photo) - NESN.com Skip to content

Late last month, 10 members of Congress’ Native American Caucus sent letters to NFL commissioner Roger Goodell, urging him to take action to force the Washington Redskins to change their name. They argued that the word “redskin” is flatly a racial slur and has no place in a modern society.

One June 5, Goodell responded to them, calling the perceived slur “a unifying force that stands for strength, courage, pride and respect.”

Goodell’s letter is largely a retread of many of the arguments those in favor of keeping the name have peddled before. He cites the team’s former coach, William Dietz, as the source of the name, saying the team took on the moniker to honor him (Dietz claimed to be a Native American, although that has been disputed). Goodell even included Redskins.com interviews with two Native American chiefs who claim not to be offended by the name.

Members of the Native American Caucus, however, were not so impressed by Goodell’s words. Congresswoman Betty McCollum even released a full statement, which reads in part:

Unfortunately, NFL Commissioner Goodell?s letter is another attempt to justify a racial slur on behalf of Dan Snyder and other NFL owners who appear to be only concerned with earning ever larger profits, even if it means exploiting a racist stereotype of Native Americans. For the head of a multi-billion dollar sports league to embrace the twisted logic that ?Redskin? actually ?stands for strength, courage, pride and respect? is a statement of absurdity.

Check out the entirety of the packet that Goodell sent to Congress in the document below. 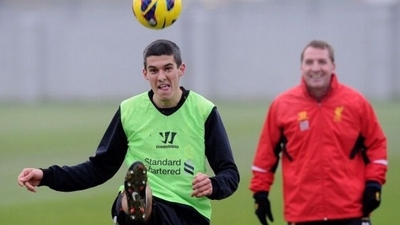 Report: Doc Rivers May Be Out as Celtics Coach, ‘Feels it May Be Time for a Change’