The fans have spoken.

Koji Uehara has been voted the winner of this year’s 10th Player Award, which is given annually to the player who fans feel went above and beyond expectations. Uehara has certainly pitched his way into the hearts of Red Sox fans, and the award is the latest special moment in a season filled with them for the Boston closer.

A number of Red Sox players have exceeded expectations, so the fans could have gone in a number of different directions with their votes. But while a case could be made for Daniel Nava, John Lackey and Mike Carp, among others, Uehara’s overall impact this season has been undeniable. The right-hander helped stabilize the Red Sox’ bullpen as a setup man, and has been absolutely lights out since taking over as Boston’s closer.

Uehara enters Friday’s game with a 1.12 ERA, 0.57 WHIP, 12.3 strikeouts per nine innings and 21 saves in 71 appearances this season. The 38-year-old recently set the franchise record for most consecutive batters retired at 37. 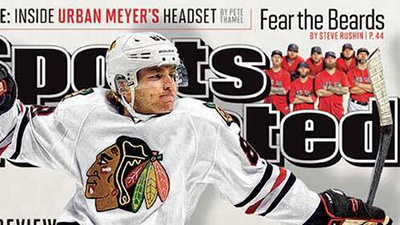