Football players are supposed to be some of the toughest guys on the planet. Rashad Johnson took that perception to a whole new level on Sunday.

The Arizona Cardinals safety lost part of his middle finger during Sunday’s loss to the New Orleans Saints, according to Kent Somers of the Arizona Republic. Johnson discovered the injury only after taking the glove off of his right hand and realizing that part of the finger was still in it. He underwent surgery on his right middle finger on Sunday night, with doctors shaving the finger down to about the first knuckle.

The most amazing part of Johnson’s gruesome injury, though, is not that he lost part of a finger in the game — because, he lost part of a finger! — but rather that he kept playing through the pain. Johnson isn’t exactly sure when the injury occurred, although he thinks it was on a Darren Sproles punt return during the game, but the 27-year-old safety stayed out on the field anyway, not realizing the brutal truth until later.

There is not yet a timetable for his return, although doctors are concerned about the finger becoming infected, according to Somers. Johnson finished the game with three tackles, giving him 13 total on the season. 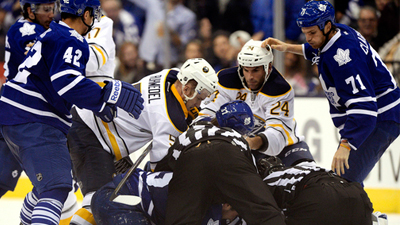