Brandon Bass Thrives as Starter and Other Impressions From Celtics' Win Over Hawks - NESN.com Skip to content Some players love to come off the bench, where they can watch the first few minutes of the game unfold and have a feel for what the game needs when they check in. Brandon Bass is not one of those players.

Bass returned to the starting lineup on Saturday against the Hawks and, not coincidentally, had his best game in six days. Back with the first unit due to Kelly Olynyk‘s sprained ankle, Bass delivered 17 points and seven rebounds, while teaming with Jared Sullinger to provide solid front-line defense against Al Horford and Paul Millsap.

“Bass was a man in there all night,” Celtics coach Brad Stevens said after Boston’s 94-87 victory snapped a six-game losing streak.

Sullinger was still feeling the effects of an illness he battled Friday, when he had a fever and needed an IV to play against Indiana. He declared that he would play against the Hawks, and he was true to his word by playing 32 hard-earned minutes with 15 points and nine rebounds.

“Once you step inside this rectangle, you’ve got to play basketball,” Sullinger said. “All that stuff goes out the door.”

Bass and Crawford may have filled up the box score in the fourth quarter, but Jeff Green may have made the play that saved the game.

The Celtics were all over the glass all night, outrebounding Atlanta 47-40 and beating the sixth-best defensive rebounding squad in that category 40-26. Yet the most crucial rebound was one that wasn’t even officially a rebound in the box score. With the Celtics nursing a three-point lead, Sullinger attempted a 3-pointer from the top of the key. He missed.

Green didn’t just concede the rebound to Millsap, however. Green wrestled the ball away from Millsap, who dove for the loose ball and got it, which was cool, except that he was out of bounds. The Hawks were upset no foul was called and they may have had a point. Anyway, thanks to the Celtics retaining possession, Crawford was able to stretch Boston’s lead to five points with a floater in the lane on the ensuing play.

“Those plays are great, but it’s got to be an expectation that we make those plays,” Stevens said.

Check the previous comment about Green’s play not showing up in the box score. It showed up in one column, actually, and in the only form that really mattered: as a “W.” 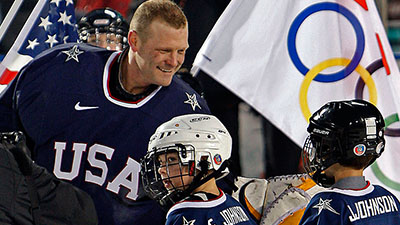 Charlotte Bobcats Will Go Back to Classic Teal, Purple Team Colors When Name Changes Back to Hornets Next Season