The news that former Trail Blazer Rasheed Wallace owes $150,000 in taxes on an Oregon property has caused some people?s ears to perk up. While it?s interesting whenever an athlete who made millions neglects to pay taxes, it?s even more interesting when that athlete is known in the area for some comments he?s made about money.

Wallace, now an assistant coach with the Detroit Pistons after playing 16 years in the NBA for six teams, including the Celtics, showed little sentimentality when he left the Blazers in 2003. In fact, he went out of his way to emphasize how little he cared about the hometown team, as long as he got his money.

?As long as somebody CTC at the end of the day, that?s gravy with me,? the famously uncooperative Wallace said in November 2003 when asked if he?d be upset if he was traded. ?If ya?ll don?t know what that mean, that mean ?cut the check.??

Wallace was traded and logged one game with the Atlanta Hawks before joining Detroit, where he ended up having the best stretch of his career, including his key role the Pistons? Eastern Conference reign. But Portlandians haven?t forgotten Wallace?s rude exit, and local station KATU sent a reporter to talk to Wallace after it was discovered he was the biggest name in the latest roundup of people who owe property taxes in the area.

KATU?s Dan Tilkin tried to talk to Wallace about the taxes at a Pistons shoot-around but was rebuffed by Detroit?s public relations team, being told assistant coaches were unavailable, KATU reports.

Wallace now lives in Michigan, but he still owns the home in Portland, which has been vacant for some time, stalled midway through a remodeling, according to KATU. The home is nearly 9,000 square feet, and there are liens on the property. Wallace last paid taxes in 2011.

KATU also notes that Wallace made $80 million during his time with the Blazers.

That?s a lot of famous people there. He just wasn?t playing for Kansas on Tuesday night.

OK, so that?s not what they mean when they say fighting in hockey. Tsk, tsk. 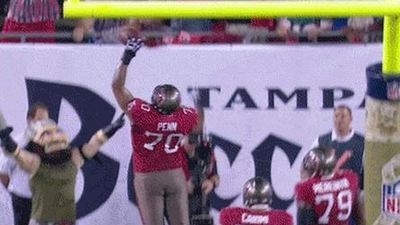 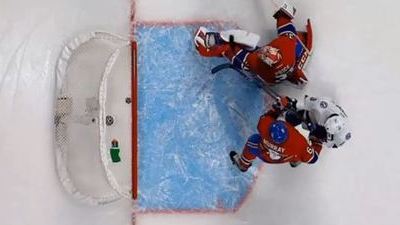