Charlie Hustle, who famously flattened Ray Fosse to score the winning run in the 1970 All-Star Game, couldn’t believe Major League Baseball intends to eliminate home-plate collisions by 2015 at the latest.

“What are they going to do next, you can’t break up a double play?” Rose said in a telephone interview with The Associated Press after MLB announced its plan Wednesday. “You’re not allowed to pitch inside. The hitters wear more armor than the Humvees in Afghanistan. Now you’re not allowed to try to be safe at home plate? What’s the game coming to? Evidently the guys making all these rules never played the game of baseball.”

New York Mets general manager Sandy Alderson, chairman of the rules committee, made the announcement at the winter meetings, saying the change would go into effect for next season if the players association approved. Safety and concern over concussions were major factors — fans still cringe at the thought of the season-ending hit Buster Posey absorbed in 2011.

“Ultimately what we want to do is change the culture of acceptance that these plays are ordinary and routine and an accepted part of the game,” Alderson said. “The costs associated in terms of health and injury just no longer warrant the status quo.”

In a sport long bound by tradition, a ban will be a major step. MLB also is instituting a vast increase in the use of instant replay by umpires next season in an effort to eliminate blown calls.

The NFL reached a settlement last summer in a concussion-related lawsuit by former players for $765 million, and a group of hockey players sued the NHL last month over brain trauma.

Banned for life in 1989 following a gambling investigation, Rose insists Fosse was blocking the plate without the ball, which is against the rules. Fosse injured a shoulder, and his career went into a downslide.

“Since 1869, baseball has been doing pretty well,” Rose said. “The only rules they ever changed was the mound [height] and the DH. I thought baseball was doing pretty good. Maybe I’m wrong about the attendance figures and the number of people going to ballgames.”

The union declined comment, pending a review of the proposed change. Some players spoke up on Twitter.

Discussion to limit or ban collisions has intensified since May 2011, when Posey was injured as the Marlins’ Scott Cousins crashed the plate. Posey, San Francisco’s All-Star catcher, broke a bone in his lower left leg and tore three ligaments in his ankle, an injury that ended his season.

Posey returned to win the NL batting title and MVP award in 2012, when he led the Giants to their second World Series title in three seasons.

In Game 5 of this year’s American League Championship Series, Detroit catcher Alex Avila was pulled a couple of innings after being run over at the plate by Boston’s David Ross, a fellow catcher sidelined for much of the season by concussions resulting from foul tips. 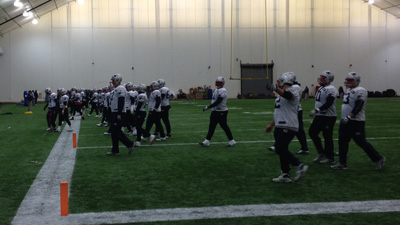