Tom Brady has finally found someone to high five.

The Patriots quarterback, whose high five requests have been ignored multiple times this season, says he has seen the GIF that has been plastered around the Internet. In it, Brady is wandering the sideline with a big smile on his face, searching for someone, anyone, to high five.

“I know,” Brady said on WEEI, laughing. “Some of the guys showed me last night, I said ‘Where were all my guys?’ They were all running on the field. Jules [Julian Edelman] says, ‘Don’t worry. I’m gonna find you next time.’ I don’t know. It’s been all year. I can’t find anyone to get in there with me.”

It’s only right that Edelman fixes this. He’s the one who started this mess in the first place. Maybe they can work out a deal: Edelman will high five Brady if the quarterback stops referring to his receiver as “Minitron.” 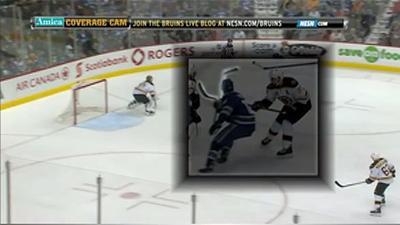