BROOKLINE, Mass. — The United States women’s hockey team will be among the top gold medal contenders at the 2014 Winter Olympics, but before the squad heads to Sochi on Feb. 1, it’s preparing for the Games by scrimmaging against New England high school boys.

The most recent opponent on Team USA’s schedule was Dexter Southfield, which defeated the U.S. Olympians 6-3 on Sunday afternoon.

“I think every day we’re getting better and better,” said U.S. forward Alex Carpenter, a native of North Reading, Mass. “We got a lot of practices coming up and a few more scrimmages, but I think we’re just working on getting better day after day. Today was another good test for us. It’s very physical. The guys are very fast. It’s a good way to see what we’re going to play [in Sochi].”

Team USA is under immense pressure to bring home the gold as the top-ranked women’s team in the IIHF world rankings. Preventing archrival Canada from winning a fourth consecutive gold medal also is a motivating factor for the Americans, especially after the Canadians defeated the United States in the gold medal game at the 2010 Vancouver Olympics.

The United States won the first gold medal in women’s ice hockey when the sport was added to the Olympics for the 1998 Nagano Games. Since that triumph in Japan, the American women have won silver in Salt Lake City, bronze in Turin and silver in Vancouver. But with so many other medal contenders showing great improvement over the last four years, a second consecutive berth in the gold medal game is far from a guarantee.

“Canada is built up to be such a big rivalry, and we’re definitely looking forward to playing them, but we can’t take anyone lightly when we get out there,” Carpenter said.

With a great mix of youth and experience, this team is poised for a special run in Sochi. Chu, 31, is the oldest woman to be named to a U.S. Olympic hockey roster and is one of 11 veterans from the 2010 squad returning for the 2014 Games. Her medal-winning experience, poise under pressure and leadership will be complemented nicely by the speed and skill brought by young players such as Carpenter.

“I definitely think the larger rink is going to help us,” Carpenter said when asked if the team’s up-tempo style of play will translate well to the Olympic-sized ice. “We’ve been playing [at Dexter] and at Belmont Hill preparing for the bigger ice surface, and I think we can definitely use our speed to our advantage.”

The United States will open Olympic group play Feb. 8 against Finland. Canada and Switzerland also are in the Americans’ group. The bronze and gold medal games are scheduled for Feb. 20. 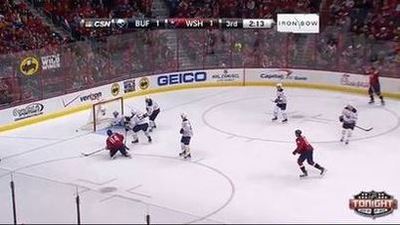