With a chance to cut the deficit to one possession, the Boston Celtics instead failed to score another basket in the final two minutes, aside from a meaningless layup by Jerryd Bayless with two seconds left. Despite Jeff Green’s game-high 29 points, the Celtics (19-38) fell to the Sacramento Kings (19-36).

The defeat was Boston’s fourth in a row and fifth in the last six games. It also wasted an admirable effort by Kris Humphries.

Humphries totaled 19 points, eight rebounds and two blocks while battling with DeMarcus Cousins at both ends. Cousins probably should have fouled out a number of times, either via technicals or the old-fashioned personal kind, but he lasted until the last 30 seconds to finish with 13 points, seven rebounds, five assists and six turnovers.

Exactly what had to be said or not said to be tossed is uncertain, since Gerald Wallace and Brad Stevens both got ejected despite doing far less than anything Cousins. Oh, well. There’s always Monday in Utah.

Fourth quarter, 1:42, Kings 99-93: Stevens sniffs what is probably his team’s last chance. If they can cut it to four or even three here, there’s still a chance of stealing their first West road win.

The Celtics aren’t doing a whole lot to warrant getting the lead here, but Cousins is getting away with murder. The man affectionately known as Boogie just tossed aside Humphries under the hoop for a layup, setting off Stevens, who seldom gets set off.

Fourth quarter, 4:37, Kings 90-85: Stevens has to regroup his troops before they let this thing slip away. Olynyk hit one of two flagrant foul shots to knot up the score, but the Kings have scored five unanswered points since.

The Celtics’ own offensive possessions haven’t been all that pretty, either. They got a three by Johnson falling to his side, a jab-step 20-footer by Humphries and a drive by Olynyk that was easily blocked. They’re just sort of throwing stuff at the wall now and seeing what sticks.

Cousins somehow avoided a tech after shoving away Humphries violently as they came up the court. A few possessions later, Carl Landry plowed through Olynyk’s back as the latter attempted a layup.

Upon review, Landry was rightly assessed a flagrant foul, but that won’t be the end of this. These teams may not be very strong, but they don’t seem to like each other very much tonight.

Fourth quarter, 8:34, Kings 85-81: Somehow, the Celtics have rallied around their shared distaste for Cousins’ antics to crawl back into striking distance. Humphries is working his tail off at both ends to contain Cousins and rack up 19 points of his own. Johnson just stepped behind the arc and confidently drained a corner three to pull Boston within four points.

This ain’t over yet as far as the Celtics are concerned.

Green has shot 6-for-12 since his 0-for-8 start, helping Boston pull back within three points at one point. But some costly turnovers and a big 3-pointer in secondary transition by Travis Outlaw extends Sacramento’s lead yet again.

Once again, the Celtics are getting a big scoring night from Green, who has 19 points, but are losing to a club with a more balanced attack. It was the same case last night against the Lakers. The Kings have four players scoring in double figures but none with more than Gay and Thomas, who have 14 points each.

Third quarter, 6:03, Kings 64-56: DeMarcus Cousins is operating like a guy who doesn’t want to be part of this game anymore. We know how he feels.

The Kings’ infantile center basically stopped playing defense for a stretch to whine about a few fouls that he thought went uncalled, helping the Celtics pull back within four points. Once Cousins left, the Kings regrouped and were able to push their advantage back to eight.

Still, Cousins’ extracurriculars appear to have woken up the Celtics. Green has attacked the hoop and Bass is confidently unleashing his midrange jump shots. They really want to stick it to Cousins, who is getting under all of their skins.

Halftime, Kings 51-43: Jeff Green couldn’t have looked more lost early and he couldn’t have made it look more easy down the stretch of the second quarter.

Green swished a turnaround midrange jump shot, then canned a pull-up 3-pointer as the Celtics pulled back within single digits at the break. Green is just 3-for-13 from the field but he’s tied with Isaiah Thomas as the game’s leading scorer with 10 points.

The Celtics are shooting only 34 percent but they have used a 7-0 advantage on the offensive glass to earn a 12-4 edge in second-chance points. Jerryd Bayless and Chris Johnson have given Boston a boost off the bench — Bayless offensively and Johnson defensively.

It’s a bit early for the Kings to be getting fancy, especially since they only lead by eight, but Thomas did some dipsy-dooing by tossing the ball off the backboard to Derrick Williams for a dunk. It probably wasn’t the best sportsmanship, but it was a highlight.

Check it out in the Vine below.

Second quarter, 2:47, Kings 47-33: Tempers are starting to rise here, but for once the Kings are playing through it.

Cousins and Humphries picked up double-technicals after Cousins bumped into Humphries’ chest and Hump pushed Cousins away. We’re not sure what Humphries was supposed to do their otherwise, but either way the Celtics haven’t focused on the actual basketball area in the last few minutes.

Green is now 0-for-9 from the field with three free throws on his register. Humphries is the Celtics’ leading scorer with seven points. This is a tough game to stay up for, that’s for sure.

Second quarter, 6:32, Kings 37-27: Rudy Gay takes a lot of heat for scoring a lot and winning only a little. When the UConn product gets hot, though, he can run away from you in a hurry.

Gay drains a corner triple to push Sacramento’s lead to 10 points, after Jerryd Bayless leads a couple of fruitless possessions for the Celtics. Bayless has a wet midrange jumper and some nifty ballhandling skills, but he’s not a true distributor. The Celtics are seeing that right now.

Second quarter, 9:13, Kings 30-25: It’s a testament to how bad the Kings are that the Celtics have played so poorly yet are still in the game. At one point early in this quarter, the Celtics were shooting 26 percent from the floor.

They’re now up to 30 percent and have closed the gap to five points on a corner 3-pointer by Chris Johnson. The Celtics are struggling against Cousins, Thomas and McLemore, who have combined for 21 of Sacramento’s points, but they’re not having much trouble with the rest of this motley crew.

Whoever is matched up with Cousins, whether Kris Humphries, Brandon Bass, Joel Anthony or Kelly Olynyk, is having to deal with some chippiness. The Kings’ stud center has a way of getting into opponents’ heads with his extra contact. He’s troubled Bass into a 1-for-4 start, although Bass probably should have gone to the foul line at least twice.

The good news for Boston is that they can get into Cousins’ head, too. Cousins is notoriously technical foul-prone, and he’s already complained vocally to the officials multiple times. It’s a lot easier for the Celtics to stop Cousins if he’s off the floor after picking up a couple of techs.

The Celtics are 2-for-10 from the field with three turnovers in the early going. Gerald Wallace has four of their six points. It’s been pretty ugly all around, as you’d probably expect with the Celtics’ three best players on the shelf.

DeMarcus Cousins, Ben McLemore and Isaiah Thomas each has four points to lead the Kings against the shorthanded Celtics.

8:23 p.m.: As Avery Bradley’s battle with two sprained ankles has stretched into a month, the Celtics are facing another troublesome injury for a member of their young core.

Sullinger, who suffered a mild concussion during Friday’s loss to the Lakers, will miss tonight’s game, as well as Monday’s game as a precaution, A. Sherrod Blakely of CSNNE reports.

Sullinger and Bradley’s absences, combined with Rondo missing the game to rest, means 3/5 of Boston’s preferred starting lineup will be out against the Kings.

The projected starters — out of which players are left — appear below.

7:29 p.m.: As you’re enjoying this Syracuse-Duke tilt — and we assume you, as a true basketball fan, are — here are a couple of notes going into tonight’s game in Sactown:

Jason Terry will not suit up for the Kings tonight or at all this season. It’s possible the veteran guard, who arrived via a trade with the Brooklyn Nets for Marcus Thornton, never suits up for the Kings.

He will spend the rest of the season in Dallas to rehab his sore knee and could be dealt sometime this summer, if the 36-year-old doesn’t hang up his sneakers altogether. Terry is set to make $5.8 million next season in the final year of the three-year pact he inked with the Celtics before last season.

Speaking of guys who won’t play, Jared Sullinger will don street clothes for this one. Sully’s reportedly dealing the aftereffects of getting hit in the face Friday in Los Angeles. The team announced that Sullinger had sustained a mild concussion.

Sullinger will join Rajon Rondo, who is resting on the second night of a back-to-back, on the bench.

8 a.m. ET: Three games into the post-All-Star break schedule, Rajon Rondo will take a seat. Boston Celtics coach Brad Stevens has consistently said he will not push Rondo’s recovery from a torn right ACL, and Stevens is not ready to let up on his promise yet.

Rondo will rest as the Celtics (19-37) take on the Sacramento Kings (18-36) on the second night of a back-to-back set in California. Jeff Green and company will have to take on a Kings squad that might also be without its best player. Center DeMarcus Cousins is dealing with a strained hip flexor and is questionable for the game. Remember, when these teams played in Boston earlier this month, pretty much nobody played. Maybe Stevens and Kings coach Mike Malone just don’t want to show each other their full hands.

Going by record, the Kings are the worst team in the Western Conference. But if they were in the East, they’d only be fourth-worst. So that’s something.

Join us for updates and analysis during the game, which tips off at 10:30 p.m. 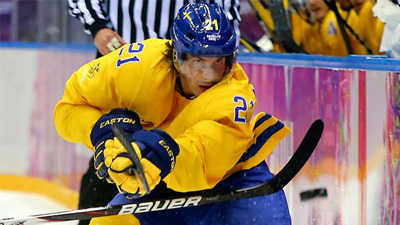