The United States has a strong chance to win the gold medal in both men’s and women’s ice hockey for the first time in Winter Olympics history, and if it accomplishes this goal, the Kessel family will have played an integral part.

Siblings Phil and Amanda Kessel have been offensive machines for the Americans in Sochi. Entering Tuesday’s action, both held at least a share of the scoring lead on their respective teams. Kessel’s game-changing speed and acceleration were too much for the Slovenian defensemen, as the Toronto Maple Leafs winger used a variety of moves to put himself in scoring positions, highlighted by a phenomenal toe-drag dangle to score his first goal. The Olympic-sized ice sheet, which is 15 feet wider than NHL rinks, is giving Kessel more time and space to create scoring chances for himself and teammates. Scoring leaders after preliminary round

Kessel is responsible for creating most of his own offense in Toronto, but he doesn’t need to do that with a playmaking center like Joe Pavelski on his line in Sochi. The San Jose Sharks forward has forged instant chemistry with the Leafs duo of Kessel and linemate James Van Riemsdyk. The trio has been the most unstoppable line in Sochi, with a combined 15 points (five goals, 10 assists) entering the quarterfinal stage.

Kessel’s emergence as Team USA’s most productive forward isn’t too much of a surprise based on his stellar performance for the Leafs before the Olympic break. The 26-year-old veteran has tallied 65 points in 60 games, which puts him fourth on the NHL’s scoring list. His 31 goals are the second most behind Russia’s Alexander Ovechkin.

Kessel is playing the best hockey of his career this season, and it couldn’t be coming at a better time for the United States as it prepares for Wednesday’s game against the Czech Republic and a possible meeting with Canada in the semifinals.

Kessel’s sister, Amanda, has enjoyed a breakout tournament for the American women, who will play Canada in the gold medal game Thursday.

Amanda has been the catalyst for Team USA’s offense with a team-leading six points and plus-9 rating. Like her brother, Amanda has incredible speed, acceleration and a knack for scoring goals. She’s led Minnesota to back-to-back NCAA Division I championships and was the best player in the nation last season with 101 points (46 goals, 55 assists) in 38 games.

The next challenge for Kessel is excelling against a Canadian team that shut her down in the preliminary round. Kessel tallied just two shots and was held scoreless in 19:05 of ice time in the Americans’ 3-2 loss to Canada last week. For Team USA to defeat its nemesis and win its first gold since 1998, Kessel must create scoring chances and be more assertive in the attacking zone.

Despite their status as two of the best American athletes in Sochi, the Kessel siblings prefer to fly under the radar and let their play on the ice do the talking. They’ve been thrust into the spotlight over the last week, but it hasn’t impacted their focus on winning gold.

For the United States to finish the men’s and women’s tournaments strong, Phil and Amanda must continue their dominance. 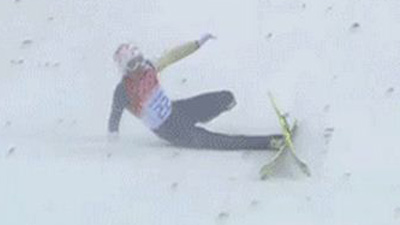