The New England Patriots have to make a splash signing to preserve their secondary, but it doesn’t necessarily have to come at cornerback.

The Patriots’ most logical option to maintain their pass defense’s progress in 2013 would be to re-sign cornerback Aqib Talib. But if Talib walks, the Patriots could sign a top-tier safety, rather than a cornerback, to fortify the defensive backfield.

“Elite” safeties typically come cheaper than their cornerback counterparts. The franchise price tag for cornerbacks in 2014 was $11.834 million compared to $8.433 million for safeties.

Signing a safety could complicate contract negotiations with Devin McCourty, whose rookie deal runs out after this season, however. Since he’s also a top-tier safety, the Patriots would have a lot of money tied up in one position moving forward.

Signing a safety could be viewed as a luxury move, as well. The Patriots released starter Steve Gregory last Friday, but Duron Harmon proved to be a capable starter in 2013, his rookie season.

Check out some of the names the Patriots could bring in to replace, compete with or help nurture Harmon.

Byrd is set to earn big money in 2014, but his annual salary might still be less than that of Talib. The Buffalo Bills chose not to franchise Byrd, which means he probably won’t see $8 million per season.

If Byrd comes to the Patriots, they likely would play zone with cornerbacks Alfonzo Dennard, Logan Ryan and Kyle Arrington while Byrd and McCourty manned the back half of the field in a cover 2.

Ward will come slightly cheaper than Byrd, but he’s still one of the best safeties in the game. He can play both strong and free safety, which would give the Patriots flexibility to play cover 1 (man coverage with the cornerbacks) or cover 2.

The Denver Broncos reportedly are going to release Bailey, who seems open to playing safety after spending his entire career at cornerback. A move to safety can extend an elite cornerback’s career a few seasons.

Bailey was due $10 million from the Broncos in 2014. He’ll come much cheaper in free agency. After losing Super Bowl XLVIII, Bailey is still chasing his first Super Bowl ring.

Woodson has a long history as a Patriots hater, but that doesn’t mean he wouldn’t reunite with college teammate Tom Brady in New England. Woodson made the switch to safety in 2012 and was still playing at a high level last year.

What Woodson might lack in range at this point in his career he makes up for with smarts and instincts.

Rhodes spent the 2013 season out of the league but mentioned the Patriots as the team he wants to play for during a Q&A with Deadspin.com. The website surmised the safety is being blackballed by the NFL because of rumors — which Rhodes has adamantly denied — that he is gay.

It’s more likely Rhodes wasn’t happy with the contract offers he was receiving in 2013. He could let up on his demands if he wants back into the league. 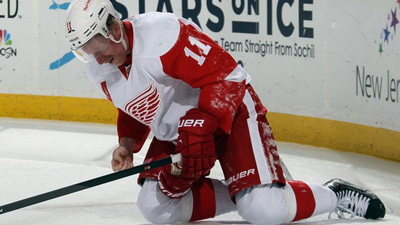