The New England Patriots need immediate help rushing the passer, so spending money on a defensive end in free agency might make more sense than using a top draft pick.

This is the year to need a top pass rusher, too. Some elite names still are available, such as the Cincinnati Bengals’ Michael Johnson, the Seattle Seahawks’ Michael Bennett and the Minnesota Vikings’ Jared Allen.

The player the Patriots bring in might not be a starter, but he’ll get a solid share of snaps in a rotation with Rob Ninkovich and Chandler Jones in the base defense and as a full-time player on third down in obvious passing situations.

Check out some of the players the Patriots could add to improve their pass defense.

The Patriots had interest in Johnson last offseason before the Bengals franchised the massive defensive end. At 6-foot-7, 270 pounds, Johnson is the prototypical size for a Patriots edge defender.

Johnson’s sacks decreased from 2012 (11.5) to 2013 (3.5), but he was still a solid run defender who could put pressure on the quarterback, even if he wasn’t finishing the job. Johnson won’t come cheap, but he would be worth the price to improve the pass defense.

It might be tough for Allen to accept a deal on a team where he likely won’t be a starter, but if the 10-year veteran wants to get out of purple and gold and hopes to win a Super Bowl, he could accept a reduced deal with the Patriots.

Allen has recorded double-digit sacks in seven straight seasons. He had 11.5 in 2013 with two forced fumbles.

Allen said on Wednesday that he wants “a chance to win, a good organization, as well as getting a fair contract” out of free agency. The Patriots would certainly provide the first two.

Bill Belichick culled defensive linemen from the Oakland Raiders when he traded for Derrick Burgess in 2009 and signed Tommy Kelly in 2013. Houston is a better run defender than pass rusher, but he still racked up 63 total pressures in 2013 while playing left defensive end for the Raiders, according to Pro Football Focus.

The Patriots need help rushing the passer and defending against the run. Houston can do both.

The Denver Broncos might try to bring back Phillips, who signed for just one year and $1.4 million last season. But if the Patriots pay him more as a situational pass rusher, he might be willing to move on.

If the Patriots sign Phillips, he likely would play defensive end opposite Ninkovich on third down, with Jones sliding over to defensive tackle in the “NASCAR” position.

Wootton can be considered a poor man’s Johnson for the Patriots. He has similar size as the Bengals free agent defensive end at 6-foot-6, 270 pounds. Wootton hasn’t been as effective, however. He had 32 total pressures in 2013 and seven sacks in 2012.

Wootton can play defensive end or defensive tackle on third down, which could give the Patriots flexibility with Jones, who also can play both roles. 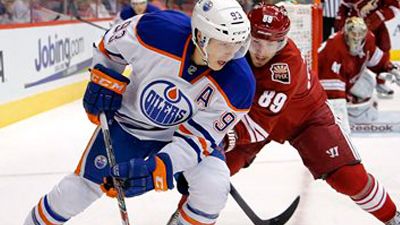