Dani Alves sparked a global anti-racism campaign on social media with a simple act of defiance during a Spanish soccer game on Sunday.

Alves, a black Brazilian, ate a banana which a Villarreal fan thew onto the field in a shameful attempt at racially abusing the FC Barcelona fullback.

The extra potassium might have helped Alves, as he helped Barcelona achieve a comeback victory to stay in the hunt for the La Liga (Spanish first division) title.

Alves, 30, spoke about the banana incident after the game.

“We have suffered this in Spain for some time,” Alves said, according to the Associated Press. “You have to take it with a dose of humor. We aren’t going to change things easily. If you don’t give it importance, they don’t achieve their objective.”

Villarreal identified the fan who threw the banana and permanently revoked his season ticket.

Meanwhile, leading figures in the soccer world — particularly players from South America — are heeding Alves’ call by posting photos and videos of themselves eating bananas on various social media outlets.

The impromptu campaign is known as “somos todos macacos” ( or “we are all monkeys”) and includes the hashtags #somostodosmacacos #weareallmonkeys and #notoracism.

See some of them below. 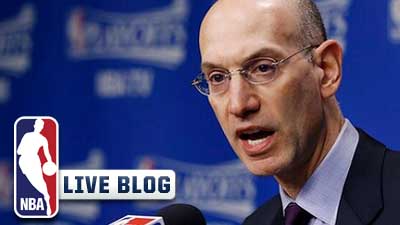