The Boston Red Sox turned to Edward Mujica in the ninth inning of a 4-2 victory over the New York Yankees because Uehara is dealing with shoulder stiffness. Uehara said after Friday?s win that he started to feel discomfort while playing catch before the game and told manager John Farrell he would be unable to pitch.

Uehara, who last pitched Wednesday, said he?s unsure how long he?ll be sidelined because of the ailment, though both he and Farrell didn?t sound too concerned. Uehara apparently is experiencing tightness — not pain — and only feels it when he?s throwing.

Uehara said he dealt with a similar issue two years ago while pitching for the Texas Rangers. It took the Japanese reliever two months to get over that particular injury because he experienced a setback, but the 39-year-old closer doesn?t expect a similar fate this time and hopes to return as soon as possible.

While Uehara didn?t rule out a disabled list stint Friday — saying it?s ultimately not his decision — Farrell said no further tests are planned back in Boston at this point. The Red Sox skipper labeled the situation a ?day-to-day-type thing.?

Mujica pitched a 1-2-3 ninth inning in Uehara?s absence. He’ll be the Red Sox’s closer while Uehara is sidelined, according to Farrell. 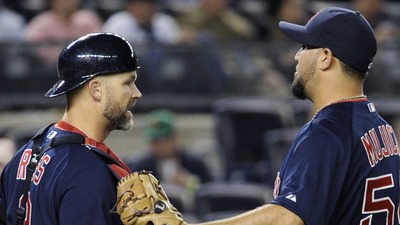 Edward Mujica Calms Down For Save; Other Notes From Red Sox’s Win 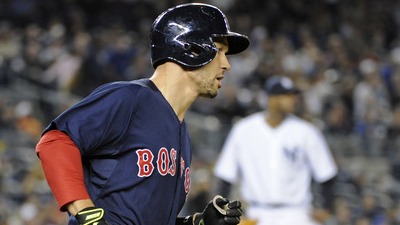