Balotelli stars in a hilarious new Puma commercial in which he interviews himself ahead of the 2014 FIFA World Cup.

The Italian striker recounts his memories of recent, high-profile moments in the World Cup and UEFA European championship. He also asks and fields questions about Italy’s current national team that only an insider can answer.

As Balotelli answers his own questions, the camera occasionally pans down to his feet for the obligatory shot of his new Puma Tricks — the pink- and blue-colored cleats that he will wear at the 2014 World Cup in Brazil.

Italy was drawn into World Cup Group D, a tough group that includes England, Uruguay and Costa Rica. Balotelli and the Italians begin their World Cup adventure June 14 when they face England. 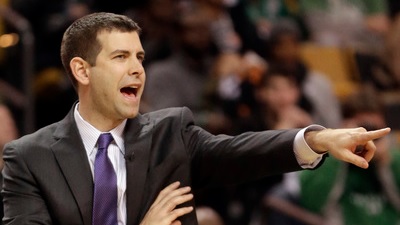