WALTHAM, Mass. — Always one for exactitude — he consistently provided updates about the status of his surgically repaired right knee down to the precise percentage — Rajon Rondo pegged his conversation with Kevin Love on Sunday at 39 seconds.

“We didn’t talk a lot,” Rondo said of his meeting with the Minnesota Timberwolves forward at Fenway Park. “We do work together. We play against each other.”

With trade rumors running rampant about Love potentially joining the Boston Celtics, Rondo said he did not offer his sales pitch.

“A pitch? No, I think the only pitches that were thrown were by Jon Lester,” Rondo said. “I didn’t pitch anything. I just told him to enjoy his time here.”

Making a surprise appearance at a pre-draft workout at the Celtics’ practice facility, Rondo was laid back and unusually chatty. He anticipated the Love topic coming up, but still cracked, “you get right to it, huh?” when one of the first questions concerned the trade talk. He said Love’s seats at Sunday’s Boston Red Sox game were “way better than mine,” though Rondo admitted he requested his seats on the Green Monster for “the real experience.”

As he has said several times before, Rondo insisted he has confidence in the plans of team president of basketball operations Danny Ainge, who Rondo has talked with regularly since the season ended.

“I trust a lot in Danny,” Rondo said. “He’s turned this thing around before, so I don’t not have any faith in Danny. I think we do need another big-time player, but that’s all his job. He’s working on that now, and I completely have faith in him.”

Yet Rondo made it clear that playing with Love appealed to him, while also stoking the trade-rumor fire with an offhand mention of New York Knicks forward Carmelo Anthony.

“We would be a lot better if we had a guy like Kevin,” Rondo said. “He’s a range-shooting four. He’s going to help on the glass. Obviously, we haven’t been the best on the glass the last couple years. He’ll do a better job at that aspect. But this is all speculation. Nothing’s happened. Nothing’s set in stone. We could talk about Kevin all day, or we can insert Carmelo’s name in there all day.

“We have a couple days left before the draft. Things might shake up around that time. You never know. It’s still a long summer until the beginning of training camp.”

It’s actually three months and 29 days, to be exact. But who’s counting? 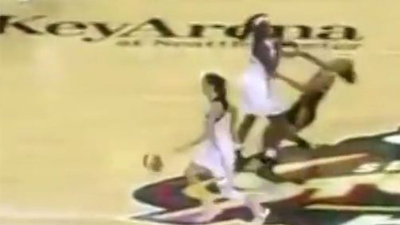 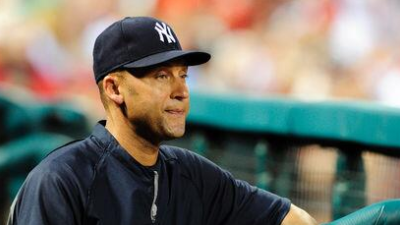