MILWAUKEE — New Bucks owners Marc Lasry and Wes Edens admit they might have made some errors in luring Jason Kidd to Milwaukee.

That doesn’t mean they aren’t happy to have him as the Bucks’ new coach.

“Our one goal is to hire people to run it, that know what they’re doing,” Edens said. “Jason is someone I’ve admired as a player. He did a great job managing the (Brooklyn) Nets this year, and we think he’s the best young coaching talent in basketball.”

Kidd, who was formally introduced Wednesday at the BMO Harris Bradley Center, said there were no hard feelings over his abrupt and surprising departure from Brooklyn, where he won 44 games and reached the second round of the playoffs as a first-year head coach.

Kidd dismissed the suggestion that he left after being turned down in seeking control of the Nets’ basketball operations department. And he said he had no plans to seek a similar role in Milwaukee, where general manager John Hammond is under contract through the 2015-16 season.

Brooklyn agreed Monday to deal Kidd to Milwaukee for second-round draft picks in 2015 and 2019. The Bucks fired Larry Drew, who had no indication he wouldn’t be back for a second season.

Lasry said it was wrong to not bring Hammond into the loop earlier in the process, which began last week when the owners sought permission from the Nets to speak with Kidd. Lasry and Kidd are friends.

“We were asked to keep it confidential,” Lasry said. “In retrospect, that was a mistake. I would tell you that it was very much newness. We’ve learned a lot in this process. Our view, and it hasn’t changed from the beginning, is that all the basketball operations goes through John. In this process, we learned we made a mistake.”

Lasry and Edens said once the initial discussion took place and news leaked out, Hammond took over the negotiation with Nets GM Billy King. 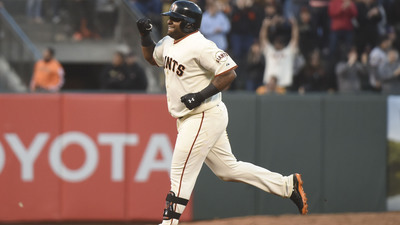