Training camp stars can come from the most unlikely places, especially when it comes to the New England Patriots.

Cornerback Malcolm Butler, for example, has proven in practice not to judge a book by its cover, number of pages or even reviews. Butler is under 5-foot-10 and ran a 4.62-second 40-yard dash out of tiny West Alabama. He failed to shine in any aspect of his pro day, finishing with a 7.20-second three-cone drill, 4.27-second 20-yard shuttle, 33.5-inch vertical leap and 9-foot-10 broad jump.

It was, quite frankly, a head-scratching signing by Patriots head coach Bill Belichick in May. A player signed out of a Division-II school typically has eye-popping measurables, athleticism or statistics, and Butler had none of the above.

It’s a credit to Belichick for finding a player like Butler, who has shined throughout training camp. He has outmatched the Patriots’ third-tier wide receivers, and he’s even seen some reps on what appears to be the first-team defense. Butler likely is destined for the Patriots’ practice squad, but a solid preseason could see him grab a spot on the 53-man roster while veteran cornerback Brandon Browner serves a four-game suspension.

Check out which Patriots players have seen their stock rise and fall through eight training camp sessions:

Revis has been even better than advertised for the Patriots, and expectations already were sky high for the All-Pro defender. Revis has been giving quarterback Tom Brady and wide receiver Julian Edelman fits, and he makes playing cornerback at an exceptionally high level look easy. The Patriots’ defense looked great before injuries ravaged the unit in 2013, and with the addition of Revis, they could be “elite” in 2014.

Mallett needed to step up after the Patriots added rookie QB Jimmy Garoppolo in the second round of the 2014 NFL draft, and the fourth-year pro has done just that. Mallett hasn’t been perfect, but it appears his accuracy and anticipation has improved since last summer, when he struggled through training camp.

Mallett is getting rid of the ball quickly and delivering hard-thrown passes with appropriate touch. Mallett needs to complete a successful offseason with a strong preseason.

Mallett might look good because he’s being compared with Garoppolo, who has had a tough time adjusting to the NFL so far, which should come as no surprise. The rookie QB is coming out of FCS Eastern Illinois and a shotgun, timing-based offense. Garoppolo is holding onto the ball too long and throwing behind his receivers far too frequently, which is forcing drops and interceptions. The NFL game is moving too fast for Garoppolo, and he has to adjust accordingly.

Collins could look like the steal of an otherwise underwhelming 2013 draft after this season. His versatility has been on full display in training camp, as he’s shined in both pass-rush and coverage drills. Collins looks like he’s packed on some muscle this offseason, but he hasn’t appeared to lose any speed or agility. If Collins’ torrid play continues, there’s no way he’s going to come off the field on third down.

Edelman has looked like a No. 1 receiver at Patriots training camp so far. He’s had trouble against Revis, but, to be fair, any wide receiver would. Edelman might not be able to build on the 105-catch, 1,056-yard season he had in 2013 — especially if tight end Rob Gronkowski can play the majority of the season — but he still should be Brady’s most targeted wideout in 2014.

The Maine product has had trouble adjusting to the NFL. He hasn’t had success in 1-on-1 drills, and drops have been a problem for the undrafted rookie receiver. Belichick is allowing Johnson to find his way by keeping him on the 90-man roster, but one has to wonder how long the rookie will last.

There’s reason to believe that Siliga will have a major role in the Patriots’ “regular” defense after watching the first eight training camp practices. Siliga and Vince Wilfork both are traditional nose tackles, but they also can coexist in the same front-seven if Belichick is focused on stopping the run. Siliga, like Wilfork, is a run-stuffer who can consistently get after the passer.

Up: Running back James White

The Patriots appear wise to have waited until the fourth round to select a running back in the 2014 NFL draft. White has provided consistent play in the running and passing game. He has sure hands and has shown some big-play ability by slipping through defenders and ripping off long runs. Fourth-year pros Stevan Ridley, Shane Vereen and Brandon Bolden are in contract years, so the Patriots needed to bring in a back who should be around for along time. White can provide depth behind the fumble-prone Ridley and injury-prone Vereen.

Browner finally started to lash out last Wednesday after he had gone five practices without an interception. Browner was having trouble in 1-on-1 and team drills by allowing too many receptions, but he finally recorded his first interception on Wednesday, and he has played better in ensuing practices. Browner’s game isn’t best-suited to go up against quicker receivers in 1-on-1 drills, and he should find success in the preseason with 10 other defenders around him. 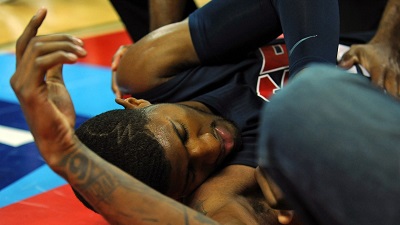 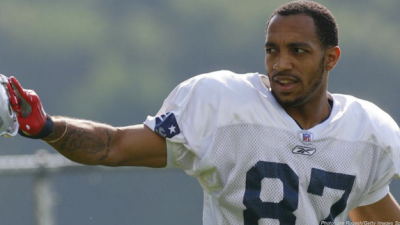