MIAMI GARDENS, Fla. — If there was any game for Tom Brady to get beat up, this wasn’t it.

Brady, already dealing with an injured calf, was sacked four times and hit six times in the New England Patriots’ Week 1 loss to the Miami Dolphins. He was let down by an offensive line that obviously missed guard Logan Mankins, who was traded two weeks ago to the Tampa Bay Buccaneers for a fourth-round draft pick and tight end Tim Wright.

Brady probably would have taken Mankins on Sunday at Sun Life Stadium.

“I just don’t think you want to stand back there and hold the ball when you now they’re bearing down,” Brady said about the Dolphins’ pass rush. “You just try to pick guys out and make the throws, but there’s time when you look on the film and you had more time than you think, and that’s part of playing football. I’ve got to do a better job using my instincts to help our team move the ball and score points.”

Brady completed 19 of 29 passes in the first half for 187 yards and one touchdown. He wasn’t perfect, forcing the ball at times to tight end Rob Gronkowski, who’s fresh off ACL surgery, but Brady looked like his usual dependable self.

Then the offensive line started to allow more pressure, and Brady got hit — and hit and hit and hit. The pressure came from all angles and was allowed by all the offensive linemen. It wasn’t just Mankins’ replacements — Marcus Cannon and Jordan Devey — who struggled, it was everyone, including mainstays Nate Solder, Sebastian Vollmer and Dan Connolly. And after each hit, Brady appeared to struggle even more.

If pressure wasn’t coming from the edges, it was coming up the middle, and even keeping an extra tight end or offensive lineman inline didn’t seem to help.

Vollmer said the team has to forget about Mankins, who hurt his left knee on the first offensive play of the Bucs’ season Sunday.

“You can look for Logan all you want. He’s not coming back,” Vollmer said.

The Patriots’ decision to trade Mankins obviously wasn’t made because they felt comfortable with the pieces they had in place behind him. If they had, they wouldn’t have used a rotation with Connolly, Devey and Ryan Wendell at right guard and center — they would have had five solid starters in place.

It seemed dangerous to trade Mankins at the time, coming off a shaky season for the offensive line in 2013, and it looks even worse now after their loss can be blamed — in part — on pressure allowed.

The Patriots need to decide on a starting offensive line, but there isn’t an obvious starting five from which to choose. The combination of Wendell and Connolly struggled in 2013, and it didn’t look any better in Week 1. Devey is unproven, Josh Kline and Bryan Stork weren’t good enough to be active, and sliding Vollmer over to guard would be fixing one leak by causing another.

The Patriots played horribly in the second half, but they’re talented enough on defense and at the skill positions that those struggles shouldn’t linger. The offensive line is another story, however, and this could be a season-long problem for Brady and his offense. 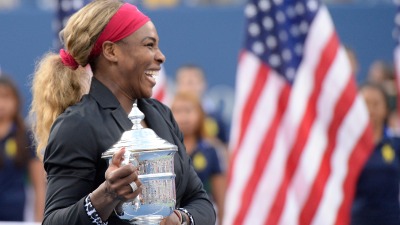