The Boston Red Sox have the Kansas City Royals? number.

The Red Sox improved to 5-0 against the Royals this season with a 4-2 win Friday at Kauffman Stadium. Boston is doing its best to play spoiler as Kansas City remains locked in a dogfight with the Detroit Tigers atop the American League Central.

Pitching was the story for Boston in Friday?s victory. The Red Sox retired the final 16 hitters they faced en route to their 65th win of 2014.

Let?s roll up the sleeves, shall we?

It was an encouraging outing for Webster, who outclassed rookie phenom Yordano Ventura. He allowed two runs on four hits while striking out two. More importantly, Webster only issued one walk and threw 66.3 percent (55 of 83) of his pitches for strikes.

The only major hiccup occurred in the fourth inning. Webster allowed a walk and three hits, including a two-run homer to Eric Hosmer, before wiggling out of trouble.

Friday?s effort certainly is something the 24-year-old can build on moving forward.

— Mookie Betts is a game-changer.

Betts, again hitting atop the order, reached base three times (single, double, hit by pitch). He scored a run and knocked in a run while raising his average to .291.

Weeks is hitting .294 (5-for-17) with three doubles, two RBIs, two stolen bases and four runs scored in eight games with Boston since being acquired Aug. 30.

— Yoenis Cespedes became the first player all season to attempt a stolen base against Ventura. He successfully swiped second base in the Red Sox?s three-run third inning.

— Allen Craig and Jackie Bradley Jr. again left much to be desired. Both players went 0-for-4 with two strikeouts.

Bradley?s average is down to .208. He?s 0-for-12 with four strikeouts since being recalled earlier this month.

— Koji Uehara made his triumphant return to the mound.

Uehara, who hadn?t pitched since Sept. 4, worked a 1-2-3 eighth inning. It was his first clean outing since Aug. 15 — he allowed three inherited runners to score Aug. 25 despite not being charged with a run — and it came with the Red Sox clinging to a two-run advantage.

Uehara threw 11 fastballs and four splitters. Infante struck out on a high fastball. The right-hander?s best splitter came against Gordon, who waved at a 1-1 offering.

Uehara also was his usual emotional self upon returning to the dugout. High-fives all around.

— Edward Mujica recorded the save with a perfect ninth inning.

— The PawSox forced a decisive Game 5 in their Governors? Cup finals series against the Durham Bulls.

Rusney Castillo tied the game with a two-out, two-strike single in the ninth inning. Ivan De Jesus lifted Pawtucket to victory with a two-run homer in the 13th inning. 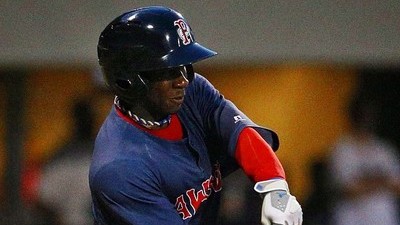 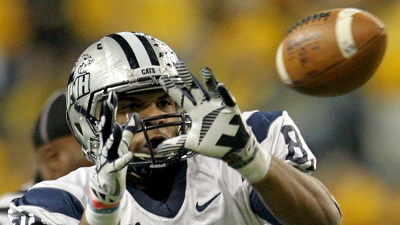