Gagne, who hasn’t appeared in an NHL game since the 2012-13 season, is one of three players currently attending Boston Bruins training camp on a tryout basis. When speaking with reporters after Monday’s practice, the 34-year-old forward shared that Bruins center — and fellow Quebecer — Patrice Bergeron initiated the process of bringing him down to Boston.

Gagne and Bergeron talked in July while promoting a charity hockey tournament, the first time the two had spoken since the Bruins were eliminated from the Stanley Cup playoffs.

“He kind of asked me where I was in my training and asked what I was looking for,” said Gagne, who sat out last season as he recovered from neck, head and groin injuries. “At first, he thought I was looking more for a contract, but I told him no, I was looking to go for a tryout this year — something I was not willing to do last year.”

The chat set the wheels in motion, and after discussions with head coach Claude Julien and general manager Peter Chiarelli, Gagne was a Bruin — at least for the time being. His tryout contract earned him a jersey for training camp, but a spot on the regular-season roster is far from guaranteed.

This past year has not gone as planned for the two-time All-Star. Injury concerns, coupled with his severe drop-off in offensive production — 12 total goals in 72 games over his last two seasons — left Gagne as a man without a team.

“At first, my goal was to come back and play last year,” Gagne explained. “Around December, I had a call from a team, but it was not making sense, so I decided to kind of take advantage of it and rest the body. I need to take the positive of that. Sure, the negative — it’s not playing. It’s hard coming back when you don’t play in a full year, especially at that level. The game’s faster, stronger. It’s going to be one of the biggest challenges of my career, but I need to take the positive of that.”

Thus far, Gagne seems to have settled in on a line alongside fellow winger Daniel Paille and center Ryan Spooner. The three have skated together both at practice and during Sunday’s Black & Gold scrimmage, and Gagne said he’s been encouraged by the group’s chemistry, lopsided final score notwithstanding.

“I think we’ve started clicking,” he said. “We try to talk between each shift and in practice to try to find ourselves on the ice. (Paille) has been here for a while, so he knows the system that Claude likes to play, so we try to take advantage of that, me and Spooner. I thought we had a pretty good game, even though we lost the game 6-1 and we didn’t score a goal, but I thought that things went pretty good. Hopefully, we’ll have a chance to play a real preseason game together (Tuesday) night.” 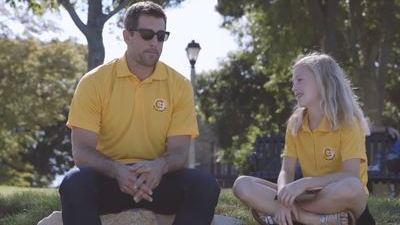