FOXBORO, Mass. — Tom Brady stood at the podium Wednesday and shouldered the blame for failing to spread the ball around to his various receivers.

Never one to publicly throw teammates under the bus, Brady told the media “I?ve got to do a better job finding the other guys.”

There are five reasons why wide receiver Julian Edelman and tight end Rob Gronkowski have received 32 of Brady’s 78 targets so far this season:

1. Edelman and Gronk are the Patriots’ best skill position players, and a team’s top receivers should be targeted more frequently than other wideouts and tight ends.

2. Edelman and Gronk get open more than Brady’s other receivers — once again — because they’re better.

3. Brady’s other receivers aren’t getting open.

4. The Patriots don’t trust their offensive line, and Brady is taking three-step drops and throwing shorter passes, which isn’t allowing receivers running deeper targets to finish their routes and get open.

5. On some plays, only two or three receivers are even running routes, while other targets are staying in to block.

Brady isn’t forcing the ball to Edelman and Gronkowski. The Patriots are designing plays around their best receivers like any team would.

Let’s check the film to see who else is open on Brady’s targets to Edelman and Gronk. Brady forces this ball to Gronk down the middle of the field, but as the tape shows, wide receiver Aaron Dobson and tight end Tim Wright aren’t open either. The better throw might have been to Edelman.

Brady’s next throw to his favorites was a designed play to Edelman on a screen. Danny Amendola and Dobson were not open on this play, a 44-yard hookup between Brady and Edelman. Brady might have been able to hit running back Shane Vereen on this play, but it’s obvious that Edelman was his best option between Amendola, Dobson and wideout Brandon LaFell. Brady has LaFell open in front of the end zone, but he hit Edelman for a 9-yard touchdown, and who’s going to complain about six points? The Patriots only sent two receivers on routes here in this second-quarter play, and Edelman clearly was the more-open receiver. Only Gronkowski and fellow tight end Michael Hoomanawanui were open on this play. Gronk clearly was the better target and wide open. Gronkowski has a 6-yard cushion, and no other receivers are clearly open. This was another shallow drop and fire for Brady, designed to get the ball to one of his top targets. Brady might have “forced” this incompletion to Edelman, but Amendola and LaFell are covered, and hitting Vereen wouldn’t have guaranteed a first down. Edelman was covered, but he’s proven he can win contested passes. Gronkowski and Edelman are the only two receivers open on this play. Brady fires to Gronk for an 11-yard completion. No one was open on this play, so Brady threw it to Gronk on this incompletion instead of Dobson, Edelman or Amendola, all of whom were equally covered. No one else was open, and Edelman had a 6-yard cushion. Obvious pass here with pressure caving in on Brady. Edelman, Amendola and LaFell are covered, so Brady gets 10 yards on a pass to Gronk. This is the one play where Brady might have keyed in on Edelman when he had a better option open elsewhere. LaFell is open deeper down the field, and Amendola has space on the right sideline. Brady still completed a 12-yard pass to Edelman. LaFell was fully covered on this play, and Edelman drew a 16-yard pass interference penalty.

Now let’s look at the plays when Brady targeted the receivers whom he supposedly doesn’t trust. Brady fires the ball in to Dobson 15 yards down the field, despite having a wide-open Edelman in the flat. Brady throws a deep pass to Amendola, despite having an open Edelman on the left side of the field. This completion was called back after Dobson ran a blatant pick. Dobson, Edelman, Gronk and Hoomanawanui are equally covered, but Brady fires to Dobson and draws a 12-yard pass interference penalty. Brady has Edelman and Dobson open on opposite sides of the field. He throws it slightly wide to Dobson, who dives for the pass and has it bounce off his hands. Brady was sacked on this play, and it appeared he was waiting to see if the deep safety would follow Dobson or Edelman. He had Ridley wide open at the 30-yard line. Everyone was covered, and rather than forcing it to Gronk, Brady chucked it deep to Amendola.

Brady’s not forcing the ball to anyone. He’s finding his open receivers, and that just happens to be Edelman and Gronkowski most of the time. Brady will continue to build trust with Amendola, Dobson, LaFell and Kenbrell Thompkins in practice, but the Patriots quarterback is trying to win games, and throwing to Edelman and Gronkowski gives him the best chance to do that.

Most fan bases don’t complain when their best receivers are targeted more often than other players. Green Bay Packers quarterback Aaron Rodgers has targeted wide receivers Jordy Nelson and Randall Cobb on 45 of his 75 targets this season. 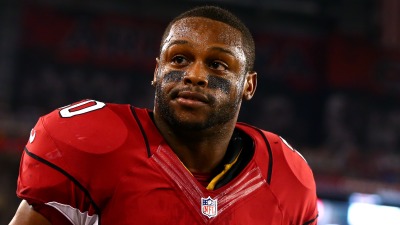 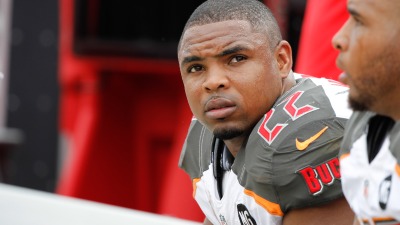