Last season was a trial run of sorts for Brad Stevens.

Mediocrity was expected from the 2013-14 Boston Celtics, no matter who held the position of head coach.

Now, in his second year on an NBA bench, Stevens knows what to expect. And, perhaps more importantly, he has the full trust of the players he’s leading.

“Even though it’s a different level, he’s had success at the college level (at Butler),” point guard Rajon Rondo said Thursday, via TNT NBA analyst David Aldridge. “I think the thing for any successful team is to buy in. He has us all believing in what his plan is. If we continue to do that, I think we’re going to surprise a lot of people.”

Aldridge quoted several Celtics players in his season preview piece, which was published Monday on NBA.com. One of those players was newcomer Evan Turner, who said Boston’s chances of making a quick turnaround are much greater than, say, his former team, the Philadelphia 76ers.

“Here, you have some pretty good players for sure,” Turner said. “Most of the guys in Philly are young, young, young, young dudes, unfortunately. Sometimes, we’re a step ahead from that aspect in terms of the leadership here. Their leaders over there are MCW (Michael Carter-Williams) and Jason Richardson, who’s not really around the team, because he’s hurt right now. It’s way different.”

The full piece is worth a read — Rondo offered some interesting comments on advanced statistics — but the highlight might be this quote by forward Jared Sullinger, who had an odd way of describing the Celtics’ game plan this season:

Soccer Manager Rips Own Player For Being 40 Pounds Overweight (Video) 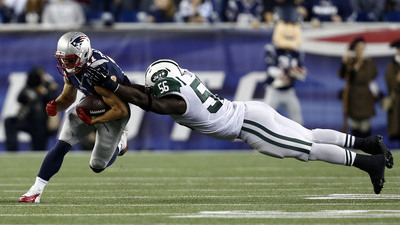