Patriots head coach Bill Belichick reportedly put quotes from Dolphins players all around the Gillette Stadium facility this week, reminding players what Miami was saying after beating New England 33-20 in Week 1. Apparently it worked, since the Patriots beat the Dolphins 41-13 on Sunday, scoring 27 unanswered points in the second half.

Cornerback Darrelle Revis was asked about that motivational tool after beating the Dolphins.

“I don’t know what they were saying after the first game, but there was a lot of talk — those guys were chirping,” Revis said. “The Miami Dolphins were chirping this week about they should’ve beat us by 50 and all of those type of things in the first game. If that’s what they want to do, that’s what they want to do. The one thing you gotta understand is, you get a second stab at them, because we’re in the same (division). You might need to watch what you say.”

It appears Revis is mistaken, and the quote he’s referencing came in September, when wide receiver Mike Wallace told the Miami Herald that the Dolphins could have scored 50 points against the Patriots.

Well, the Dolphins had a second chance to put a 50-spot on the board against the Patriots this week, and they failed.

Revis allowed just two catches for 18 yards to Jarvis Landry in the first half. Revis then switched to Wallace in the second half and personally blanked the speedy receiver. 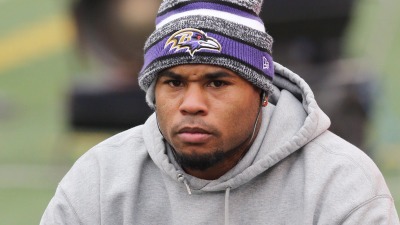 Steve Smith Is Asked About His Stamina, Delivers Line Of The Year

Peyton Manning’s Attempt To Block For C.J. Anderson Did Not Go Well (Video)