Despite the New England Patriots’ loss to the Green Bay Packers on Sunday, Rob Gronkowski had himself a decent game, hauling in seven catches for 98 yards.

But Ha Ha Clinton-Dix made several big plays on the tight end late in the game, including knocking the football out of Gronkowski’s hands in the endzone to prevent the Patriots from taking the lead.

Clinton-Dix said that matching up against Gronkowski late in the game gave him “a lot of confidence,” but it came at a cost. The cornerback tweeted that covering Gronkowski left him sore Monday morning, and he’ll never try to hit him up high ever again.

We’re not sure what exact play the rookie out of Alabama is referring to, but this Gronkowski catch in the second quarter looks like a pretty good candidate.

Hopefully for Patriots fans, Gronk’s size and presence forces some hesitation the next time Clinton-Dix covers the massive tight end. 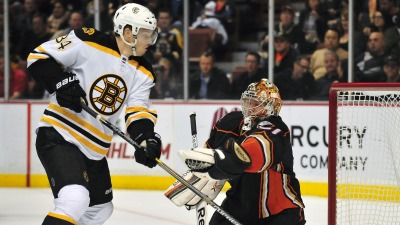 Bruins Effective On First-Period Power Play Despite Not Scoring (Video)