The Boston Bruins’ 2014-15 campaign has been a bit of a roller coaster.

Injuries to key forwards and four of their top-six defensemen have contributed to the Bruins’ inconsistency, but the last month of results suggests that Boston is headed in the right direction with points from 12 of their last 14 games and wins in six of their last eight contests.

The All-Star break is underway, and the B’s don’t resume play until Jan. 29, so let’s analyze the first 48 games of Boston’s season.

The Bruins’ offense reached a low point in mid-December when a 2-1 loss to the Winnipeg Jets marked the ninth time in a 12-game span from Nov. 22 through Dec. 19 in which Boston scored two goals or fewer. The B’s lineup returned to full strength shortly after, players who had battled injuries found their games again and the offense began to score more goals as a result. Boston has scored three-plus goals in 10 of its last 15 games with eight power-play tallies in that span.

The Bruins have been ranked inside the top 10 of puck possession all season and currently sit sixth with a 52.72 Corsi-for percentage at even strength. Most teams that control more than 50 percent of shot attempts rank among the highest-scoring teams, and four of the five clubs that rank higher than Boston in CF% (the Tampa Bay Lightning, Chicago Blackhawks, Detroit Red Wings and New York Islanders) are in the top 10 in goals per game. The Bruins are 22nd at 2.58 goals per game, thanks in large part to an 8.6 shooting percentage in all situations, which also ranks 22nd.

As long as the Bruins maintain their level of puck possession and control the majority of 5-on-5 shot attempts, they should start scoring more goals with better puck luck and improved play from veteran forwards such as Milan Lucic.

After a difficult start to the campaign that included more scoring chances against and defensive breakdowns than we are accustomed to seeing from this blue line, the Bruins have played with more structure over the last few weeks and now rank eighth in goals against per game.

Boston is giving up 29.3 shots per game, which is 16th in the league. The B’s rank 11th in scoring chances against (24.3) per 60 minutes during 5-on-5 play, which is a respectable number and should improve now that the blue line isn’t affected by injuries.

This chart from War on Ice shows the Bruins compare favorably to the league average in shots against (at even strength). The more blue dots, the better. Despite what radio and TV analysts with “hot takes” will tell you, B’s captain Zdeno Chara is still an elite defenseman and continues to drive possession above 55 percent. In fact, Chara ranks sixth in the league in CF% at 5-on-5.

Chara’s partner, Dougie Hamilton, is enjoying a breakout season with career highs in goals and points, and he’s helping the Bruins control 56.3 percent of even-strength shot attempts. His possession numbers without Chara are almost as impressive. Hamilton has made mistakes that have led to scoring chances against, as all 21-year-old defensemen will do, but he’s cemented his role as a legit top-pairing defenseman with excellent two-way play this season.

Here’s a usage chart of B’s D-men this season, via War on Ice. Chara and Hamilton are the only guys who have been able to drive possession with tough zone starts. Tuukka Rask hasn’t played at the Vezina Trophy-level he did throughout last season, at least not on a consistent basis. Rask’s early-season struggles included a dip in performance, but injuries to key D-men such as Chara, inexperienced young blueliners entering the lineup and costly defensive breakdowns — specifically in front of the net — largely contributed to his disappointing stats through the first three months.

The Finnish netminder also isn’t getting a ton of goal support, evidenced by Boston scoring two goals or less in 20 of his 38 starts. Seven of his losses, including those in overtime and shootouts, have included him giving up two goals or fewer.

Rask has given the Bruins a chance to win the majority of his starts and has bailed out teammates after poor decisions and defensive mistakes more often than the team would like. Luckily for the Bruins, Rask’s game is trending upward. He’s dominated January with a 5-1-3 record and a .946 save percentage.

The B’s have earned points from 14 of his last 17 starts.

Boston has been inconsistent on special teams all season.

The power play, which ranked third in the league last season, was ineffective throughout the first three months of the campaign and at one point ranked in the bottom third. The unit has shown improvement since Krejci and Chara returned to the lineup and ranks 18th with a 17.4 percent success rate. Scoring with the man advantage on the road has been a challenge, as evidenced by the B’s ranking 29th in both road power-play goals and road power-play percentage. This must improve because as it stands now, Boston won’t have home ice advantage in any round during the Eastern Conference playoffs.

The penalty kill struggled when injuries rocked the blue line, but it’s been remarkably effective in January with a 38-for-40 mark in the last 10 games. This recent success puts the Bruins 12th in penalty killing with an 82.8 percent success rate. 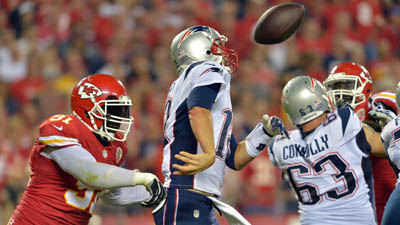 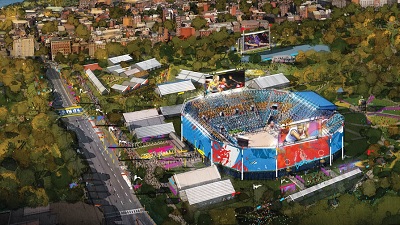