BOSTON — Jeff Green officially became a member of the Memphis Grizzlies on Monday, but by that point, his former team already was well into the process of moving on without him.

“I know we live in a world where we have to watch our talk, but we were pretty sure that trade was going down Friday,” Celtics coach Brad Stevens said Monday night. “So, this was really Game 3 (of the post-Green era).”

It might have been Game 3, but it was win No. 1. The Celtics dropped both of their contests over the weekend before knocking off the New Orleans Pelicans 108-100 behind 27 points from Jared Sullinger and 22 from Jae Crowder.

— Stevens and president of basketball operations Danny Ainge both spoke at length about the trade ahead of tipoff Monday, and both offered similar messages, thanking Green for his efforts in Boston and wishing him luck in his future endeavors.

?First and foremost, I?m thankful for Jeff and his efforts here,” Stevens said. “I thought he had a lot of great moments since I?ve been coaching him the last year and a half, and certainly before that. … He?s really thankful to this city and to the fans of this city. He certainly looks forward to his opportunity (in Memphis), but we?re thankful to what he gave to this organization.”

?Jeff was a high character guy who came to work every day,” Ainge added. “After his heart condition, he really put forth a great effort to get himself back to an NBA player. … I think Jeff is still a guy that hasn?t reached his prime. Even at his age, I still think he?s getting better. I think he was a good guy in the locker room, our leading scorer this year and he was a pleasure to be around. I think he?ll be a good addition to Memphis.?

— Both stressed the necessity of a “next man up” philosophy with the team’s leading scorer and its former floor general (Rajon Rondo) now playing their basketball elsewhere.

Stevens likened Boston’s current situation to when it traded away Jordan Crawford and Courtney Lee midway through last season — two lesser, but still impactful, deals — and said he plans to handle his roster management differently this time around.

The most important part of that transition, Stevens stressed, is not confusing “minutes with development.” It’s not possible to give all 15 rostered players equal minutes, he explained, but each will be expected to make the most of his.

— Ainge said the uncertainty surrounding whether Green would opt out of his contract this offseason did play into the decision to trade him.

?I just felt like a timeline thing, the players that we had, the uncertainty of the future and free agency and felt like we were getting good value in return based on this contract situation,? he said. 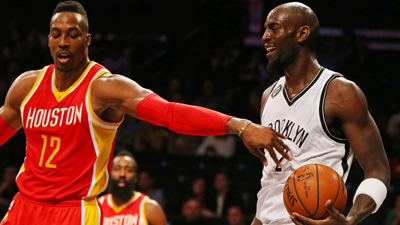