Celtics Fall To Ninth In East After Blowout Loss To Clippers At Home - NESN.com Skip to content

BOSTON — Doc Rivers’ latest return to TD Garden was a happy one for his Los Angeles Clippers.

Rivers’ current team routed his former squad Sunday night, with the Clippers coasting past the Boston Celtics by a final score of 119-106. The loss was Boston’s fifth in its last seven games.

OVER EARLY
It was obvious from the jump which one of these teams has its sights on an NBA title and which is in the midst of a sub-.500 season. The Clippers scored 21 points in the opening six minutes, took their first double-digit lead at the 4:03 mark of the first and never looked back.

DeAndre Jordan was an unstoppable force for L.A., piling up 15 points and 14 rebounds in 25 minutes, and making plays like this:

While his Duke Blue Devils were in the process of securing a trip to the Final Four, J.J. Redick turned in one of the best games of his NBA career. The Clippers guard scored 27 points on 11-of-15 shooting (5-of-6 from deep) to lead all scorers while also adding five rebounds and four assists.

Boston trailed by as many as 35 points in the second half.

BRIGHT SPOTS
The blowout loss did feature solid performances from Isaiah Thomas and Kelly Olynyk, both of whom are looking to return to form following recent injury-induced absences.

Thomas’ showing was similar to his one Friday night in New York: He struggled from the floor (4 of 12; 2 of 7 from three) but got to the line often (9-for-10 on free throws) to finish with a team-high 19 points in 24 minutes off the bench. Olynyk also had a strong offensive night, sinking six of his 11 shots to finish with 14 points.

Similar to Wednesday’s blowout-turned-nailbiter in Miami, the Celtics did mount a late comeback, reeling off a 43-19 run largely against the Clippers’ lackluster second unit. Having seen enough, Rivers reinserted his starters after the Celtics had trimmed the deficit to 14 with 4:16 remaining.

Celtics coach Brad Stevens also was not shy about employing a Hack-A-Jordan strategy, sending the Clippers big man to the line 15 times. It worked: Jordan only made three of those attempts.

OUTSIDE LOOKING IN
With the Brooklyn Nets knocking off the Los Angeles Lakers earlier in the day, the Celtics dropped out of the eighth and final playoff spot in the Eastern Conference. This week — which includes three games against fellow playoff hopefuls — could decide Boston’s season.

Up next: The Celtics won’t have long to dwell on this loss. They visit the Charlotte Hornets on Monday for a game with serious playoff implications. 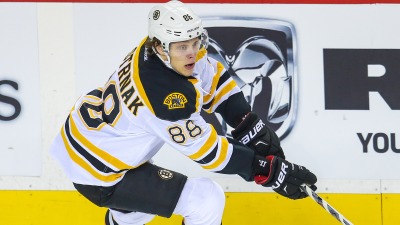 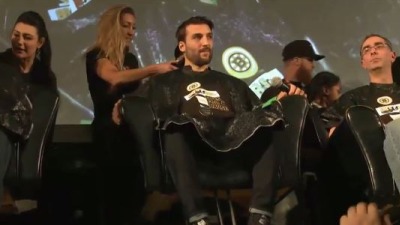 Episode 12 Of ‘Behind The B’ Documents Playoff Push, ‘Cuts For A Cause’ (Video)