Pablo Sandoval isn?t piling on, but he?s also not backing down.

Sandoval said in a recent Bleacher Report article his decision to leave the Giants was ?not hard at all? because he felt disrespected by the way San Francisco approached the sides? contract negotiations. The Red Sox third baseman confirmed his stance Tuesday yet chose to focus on his love for Boston rather than any ill will toward his former team.

“I’m happy to be in Boston. I feel at home right now,? Sandoval told reporters Tuesday in Fort Myers. ?Whatever I said, whatever has come out, it’s the truth, so I’m just happy to be here with my new team.”

Sandoval?s rather critical comments about San Francisco were surprising in that there was never any indication he was unhappy in the Bay Area. He achieved great popularity, maintained an infectious positive attitude and won three World Series titles with the Giants. All seemed right in Panda?s world.

However, Sandoval recently told Bleacher Report?s Scott Miller he knew as soon as spring training last season he would leave the Giants in free agency once his contract expired. The 28-year-old also has said several times he left more money on the table to sign with the Red Sox back in November.

“I want to feel like I’m home,” Sandoval told reporters Tuesday. “(The Red Sox) treated the player right, so this is the place I want to be. It feels like a team. There’s 25 guys on the roster, and they treat all the 25 guys the same.?

Sandoval already has made quite an impression on his new teammates and coaches. The two-time All-Star is considered a leader despite his short time with the organization, and Sandoval seems very confident he made the right decision in free agency despite the success he had throughout his seven seasons with the Giants.

Honest, direct and, most importantly, happy. Sandoval clearly has turned the page. 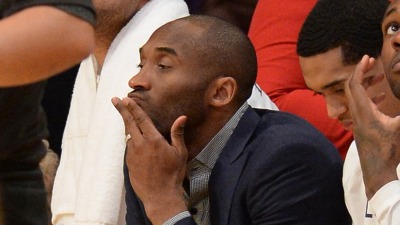 Lakers Out Of Playoff Contention At Earliest Point Since Move To L.A. 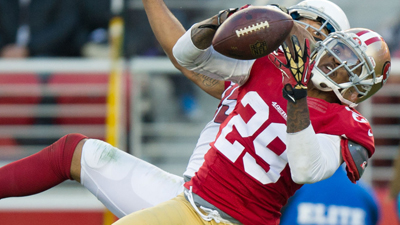