The Red Sox surrendered nine runs over the final three innings Friday in an 11-5 loss to the Baltimore Orioles at JetBlue Park. It was a noteworthy day in Fort Myers, Fla., for several reasons, some of which weren?t even related to the action on the field.

Let?s run down some notes from Friday?s developments at Red Sox camp.

— Justin Masterson allowed one earned run on four hits over four innings. He struck out one, walked two and came away from the outing without any physical ailments.

One could say it was a positive outing in many respects, including the right-hander?s ability to induce ground balls. Masterson, known for his worm-killing tendencies, forced 10 of 17 hitters to hit the ball on the ground.

However, Masterson?s fastball velocity still is sitting in the high 80s, which is a far cry from his 2013 All-Star season, when he typically ranged from 90 to 94 mph.

?I’d love it to be at 99 (mph),” Masterson told reporters in Fort Myers after Friday?s start. “In the overall sense, I’m not totally concerned about it. As long as I’m behind the baseball and it feels like it has a little late life, that?s more important than, can I come up to 95.”

— Mitchell Boggs and Zeke Spruill were at the heart of Friday?s bullpen collapse.

Boggs walked all three batters he faced before giving way to Spruill, who surrendered four hits and a sacrifice fly. Both pitchers were charged with allowing three earned runs in the eighth inning.

Boggs, perhaps more than Spruill, has been competing for a job in Boston?s bullpen. Friday?s effort certainly won?t help his cause, especially since he already appeared to be on the outside looking in.

— Rusney Castillo came off the bench and launched a three-run homer in his first-ever Grapefruit League at-bat.

Castillo played in minor league games Wednesday and Thursday while working his way back from an oblique injury he suffered during the Red Sox?s March 3 exhibition against Boston College.

— Catcher Christian Vazquez has been dealing with a sore right elbow. He served as the designated hitter and went 0-for-3 with a walk and a run scored.

It?s unclear when Vazquez will resume his catching duties, but Red Sox manager John Farrell pointed to Monday as a potential return date.

— David Ortiz likely will be sidelined until at least Monday, according to Farrell. The slugger has been dealing with general soreness since experiencing dehydration issues earlier this week.

— Koji Uehara (strained left hamstring) threw long toss and told reporters after that he felt ?better.? The closer isn?t ready to guarantee anything with regard to his Opening Day status, though.

“Maybe,” Uehara said through an interpreter when asked if he?ll be ready for Boston?s April 6 season opener in Philadelphia. “It’s a close call. It’s too far ahead to say. I can’t really tell.”

“I still don’t question if he’s going to be ready for the start of the season,” Farrell said. “I fully expect him to be ready when the season begins.”

— Mike Napoli was scratched from Friday?s lineup with a sore right ankle, but he downplayed the issue as ?nothing serious.? 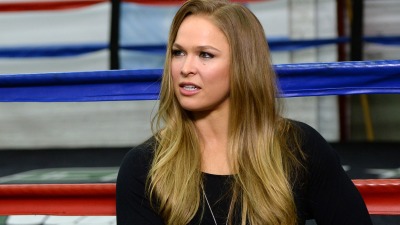