Michael Sam’s dream of playing in professional football still is alive. But it appears the road back to an NFL roster will be a difficult one.

The 25-year-old defensive end out of Missouri participated in this weekend’s veteran combine — along with older free agents such as Michael Bush and Brady Quinn — and according to TMZ Sports, things didn’t go too well.

“My real honest opinion is that he was flat out horrible,” a “big time NFL agent” reportedly told the news website. “He did not belong out there.”

Other reports mentioned that Sam — who made history as the first openly gay player drafted in the NFL when the St. Louis Rams took him in the seventh round in 2014 — clocked unofficial 40-yard dash times of 5.07 and 5.10 seconds. Sam ran a 4.91 at the 2014 NFL Scouting Combine in Indianapolis and an unofficial 4.69 at Missouri’s pro day.

To make matters worse, TMZ Sports claims an NFL scout at the veteran’s combine was concerned about Sam’s attitude.

“He thinks he’s a superstar,” the scout reportedly told TMZ Sports. “It would be nice if he could do something on the field to back up the attitude.”

Sam was released by the Rams on Aug. 30 before signing with the Dallas Cowboys’ practice squad a few days later. The Cowboys waived him on Oct. 21, and Sam hasn’t latched on with another team since.

There’s still hope for the SEC’s 2013 Defensive Player of the Year, but according to TMZ Sports, he might have to go north of the border to get his first chance.

“I think there’s a chance he could play in the Canadian Football League,” an agent reportedly told the news website. “He sells tickets. He attracts fans. And from there you never know.” 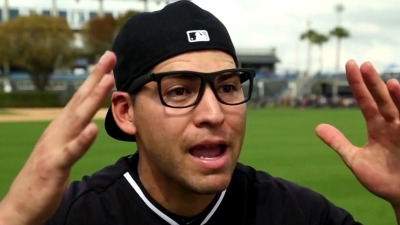