Mike Trout, Yordano Ventura Get Into It As Benches Clear In Anaheim (Video) - NESN.com Skip to content

Yordano Ventura had two near-death experiences Sunday, both thanks to Mike Trout.

The Kansas City Royals pitcher and Los Angeles Angels center fielder had a little dust-up that apparently started because Trout hit a line drive right back at Ventura. It all started in the bottom of the sixth when Ventura buzzed Trout with a 96 mph fastball.

Trout didn’t appear to take exception to the pitch, although if he did, he responded in the best way possible. Later in the at-bat, Trout lined another fastball right back up the middle, a ball that came a little too close for comfort for Ventura. For whatever reason, though, Ventura stared at Trout as he ran to first base.

Later in the inning, Trout scored on a base hit from Albert Pujols. As Trout slide into home plate, Ventura again glared at the MVP winner. Trout seemed more than willing to throw down, and the benches cleared. Luckily for Ventura, who is much smaller than Trout, cooler heads prevailed and separated the two players.

See the encounter below or click here to watch.

Matt Joyce, who was on-deck at the time of Pujols’ hit and was there to greet Trout at home plate, gave his take on the situation.

“Trout just said, ?Let?s go,? and Ventura was there at home, kinda eyeing him down,” Joyce said, per the Orange County Register. “Trout noticed him eyeing him down and just said, ?Are you all right?? And that was it. That was the extent of it. Salvador got in (Ventura?s) face and backed him off. It was really weird. I don?t know what he was thinking. Maybe (Ventura) just misunderstood him, or thought he was going to say something else.”

“I think he got mad at that,” Joyce said. “Like you can really control where you?re gonna hit a 98 mile-an-hour fastball. Maybe Trout can. But most of us can?t.” 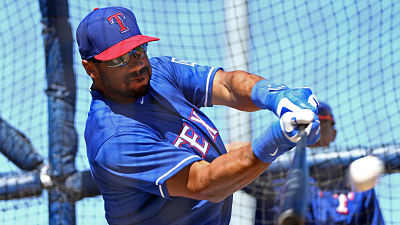 Russell Wilson: ‘I Never Want To Kill The Dream’ Of Playing Baseball 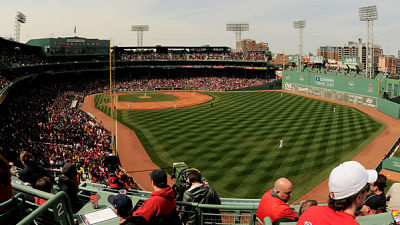