The Boston Red Sox grabbed from a different basket this time around.

The Red Sox, who drafted high school pitcher Trey Ball with the seventh overall pick in 2013, on Monday selected University of Arkansas outfielder Andrew Benintendi with the No. 7 pick in the 2015 Major League Baseball First-Year Player Draft. Benintendi will add an interesting set of tools to the organization if he forgoes his junior season to sign with the Red Sox, which seems likely.

Boston?s selection isn?t surprising. The Red Sox were linked to Benintendi in several mock drafts and it was suggested that they coveted a bat over an arm. Benintendi certainly has plenty of offensive potential, even though he doesn?t have a track record as extensive as some other college outfielders.

Benintendi, a draft-eligible sophomore, turns 21 in July. He soared up draft boards in recent months after hitting .380 with 19 homers, 55 RBIs, 23 stolen bases and a .489 on-base percentage in 63 games for the Razorbacks. It?s been a huge improvement over his freshman season, when Benintendi hit just .276 with a .368 on-base percentage and wasn?t yet a blip on most radars.

So, what exactly would Benintendi add to the system from a skill standpoint?

Well, according to SoxProspects.com, the 5-foot-10, 180-pound outfielder has a very quick bat and a great approach at the plate. There are questions about whether his power surge will accompany his transition to wooden bats in the professional ranks — something that?s notable since there?s no guarantee he?ll remain in center field in the long run — but reports indicate he?s bulked up over the last year.

Aside from a smooth swing, solid contact potential and some newfound pop, Benintendi also has plus-speed. It should allow him to remain a base-stealing threat and also might help as he looks to stay in center field rather than shift to a corner outfield spot, where his power would need to increase in order for him to maintain maximum value.

Benintendi is extremely athletic, which is always a good thing when it comes to evaluating amateur talent. He also thrived in arguably college baseball?s best conference, the SEC, so he?s no stranger to facing stiff competition and rising to the occasion on a big stage. 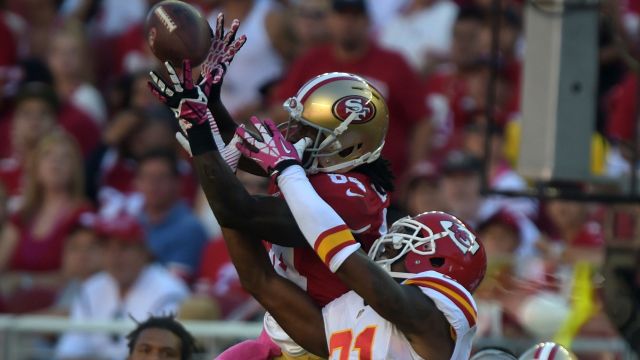