Bill Belichick must have been in a good mood Wednesday.

Belichick canceled the last day of New England Patriots minicamp for the third time in four years. The Patriots goofed off in their practice bubble playing indoor soccer last spring.

The Patriots didn’t appear to show any post-Super Bowl complacency this spring. They had a short offseason, but that didn’t seem to negatively affect their off-field training.

Quarterbacks Tom Brady and Jimmy Garoppolo both impressed during minicamp. Garoppolo had one subpar organized team activities session, but he was accurate and appeared more comfortable leading the Patriots’ offense in mandatory minicamp.

The Patriots will be back at Gillette Stadium after a lengthy summer break. They’re expected to start training camp July 29.

Until then, check out five other players who shined at Patriots OTAs and minicamp:

Prior to his absence, Chandler was catching everything that came near him and saw some valuable private time with quarterback Tom Brady and fellow tight end Rob Gronkowski in goal-line drills.

If Chandler has a big role in the Patriots’ offense in 2015, that could mean less work for a third receiver. Chandler also provides necessary insurance in case Gronkowski goes down with an injury.

DARRYL ROBERTS
The seventh-round draft pick must have impressed Patriots coaches early, because he immediately came in and earned significant snaps in the secondary during OTAs and minicamp.

It’s a bit of a head-scratcher why Roberts fell so far in the draft. The cornerback wasn’t invited to the NFL Scouting Combine, which certainly didn’t help, but the 6-foot, 182-pounder was a four-year starter at Marshall who showed off impressive ball skills.

Roberts tore up the Thundering Herd’s pro day, running a 4.36-second 40-yard dash, 6.66-second three-cone and 4.06 short shuttle. He recorded a 39-inch vertical leap and 11-foot-1 broad jump, showcasing his explosion, and his 23 reps at 225 pounds on the bench press are extremely impressive for a player his size.

Roberts flashed multiple times during OTAs and minicamp, breaking up passes. He’s a dark horse to not only earn a roster spot but potentially start in the Patriots’ wide-open cornerback competition.

DANNY AMENDOLA
Amendola was a favorite target of Brady’s during OTAs and minicamp for good reason. Amendola showed dependable hands and had no problem creating separation from Patriots defensive backs.

Amendola also made contested catches down the field, though there is no contact allowed during the offseason training period, so he’ll have to prove he still can made those grabs in training camp and the preseason when the pads come out.

LOGAN RYAN
Ryan helped himself in the starting cornerback competition based on his performance in practices open to the media. Ryan was near the ball often and received a ton of reps both before and after Malcolm Butler returned from his two-week benching.

Ryan has the most experience in the Patriots’ defense among cornerbacks on the roster, and he and safety Devin McCourty have a strong relationship off the field, which could help them on it, too.

ROB GRONKOWSKI
Gronkowski finally gets to experience an offseason when he’s not rehabbing an injury, and the big tight end looks as beastly as ever. Patriots defensive backs and linebackers had trouble covering Gronkowski, who mostly worked with Garoppolo during minicamp.

Gronkowski is coming off one of his best seasons, and without any lingering injuries, he could be even better in 2015. 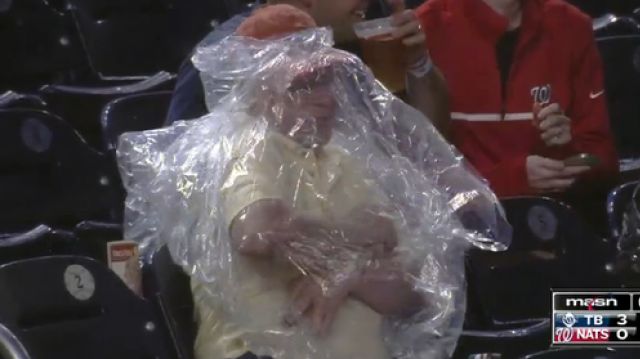