While both general manager Ben Cherington and manager John Farrell have come under fire amid the Red Sox?s disappointing start to the 2015 season, Henry threw his full support behind both men before Tuesday?s game against the Minnesota Twins at Fenway Park.

?I?ve worked with a lot of people over the years and these are two people who I really like working with,? Henry said while answering a wide range of questions about Boston?s early-season struggles. ?They?re respective, they?re committed, they?re, I believe, very good at what they do.?

The Red Sox returned home Tuesday — Monday?s game was postponed due to rain and rescheduled for Wednesday as part of a doubleheader — on the heels of a 1-6 road trip that dropped their record to 22-29. Boston entered the day in last place in the American League East, tied with the Toronto Blue Jays at 4 1/2 games back of the New York Yankees. But the problems, according to Henry, reside between the lines, where the players — not the manager or the GM — have underperformed to this point.

?John has provided the kind of leadership that we need through a really tough period. I just don?t think you can blame the manager for this,? Henry said. ?I watch these games. They?ve been painful games to watch. To me, it?s not the manager?s fault the way we?ve been playing. I just don?t see that.?

The Red Sox followed their 2013 World Series season — led by Farrell and Cherington — with a dud in 2014. Boston, realizing it no longer was in contention, hosted a fire sale at the Major League Baseball non-waiver trade deadline and then stumbled its way to a last place finish with a 71-91 record.

This season was supposed to be different. The Sox shelled out $183 million to land established, veteran free agents Hanley Ramirez and Pablo Sandoval, and there was a collective optimism throughout the organization back in spring training. Now, with the Red Sox unable to get out of their own way, it?s reasonable to wonder whether Boston?s front office pulled the right strings in its effort to rebound. Just don?t expect to see Cherington seeking employment elsewhere in the near future.

?We have a certain philosophy, we?ve talked a lot about adjusting that philosophy. As I said earlier, I?m not sure that just the players need to make adjustments. In fact, I?m sure about that. There are adjustments we need to make as an organization. Ben will make those adjustments and he?ll lead that process. But I think he and his people are the right people to do that.?

Patience can be a virtue, even when it?s unpopular and/or excruciating. The Red Sox aren?t prepared to make any knee-jerk reactions, which either will pay off this season or prolong Boston?s agony. 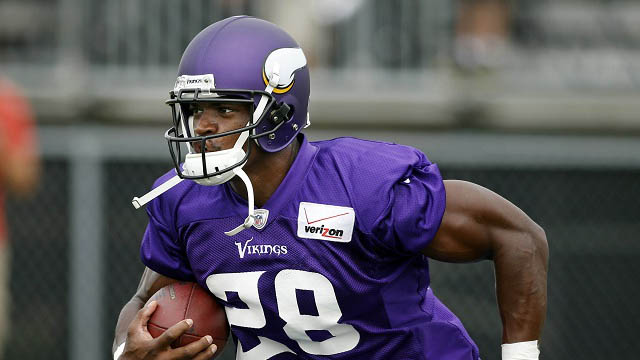 Adrian Peterson Returns To Vikings: ‘I Learned A Lot From My Mistake’