BOSTON — With the 16th pick in the 2015 NBA Draft, the Boston Celtics selected Terry Rozier.

Yeah, we didn’t see that coming, either.

With the likes of Bobby Portis, Sam Dekker, Justin Anderson, Rondae Hollis-Jefferson and R.J. Hunter all still on the board, the Celtics surprised everyone by using their first pick on Rozier, the Louisville point guard whom most projected as a late first- or early second-rounder.

One even could make the argument that the 21-year-old would have been available at No. 28 — Boston’s next pick.

In other words, it was a very Bill Belichickian selection.

So, what were the Celtics thinking? Well, after reportedly failing on multiple attempts to move up in the draft, they were unable to nab some of their more highly rated players, and Rozier is far from a slouch. He’s extremely quick, a talented defender and known for his aggressiveness on both ends of the floor — a more athletic version of Marcus Smart, if you will, and the type of player Celtics coach Brad Stevens loves.

Rozier’s 17.1 points per game this past season ranked fourth in the ACC, and his 2.0 steals per game led the conference. But, as Jay Bilas mentioned on ESPN’s draft telecast …

Not exactly a glowing review, and the reaction on Twitter was even less favorable.

Drafting Rozier also failed to address any of the Celtics’ most glaring needs — specifically, rim protection and wing scoring — and further congested their backcourt rotation. Smart, Avery Bradley, Isaiah Thomas, Evan Turner, James Young, Phil Pressey — Rozier will compete with all of them for minutes this season as Boston’s roster presently is constructed.

That last part, however, is the caveat. With the Rozier pick, and Danny Ainge’s stated desire to make some serious noise on the trade and/or free-agent market this summer, there’s a strong, strong chance the Celtics will try to include one or more of the aforementioned guards in some sort of package to acquire an established veteran.

In the moment, the pick was unexpected, uninspiring and seemingly redundant. But let’s wait to see what Ainge does with it before making any final judgments. 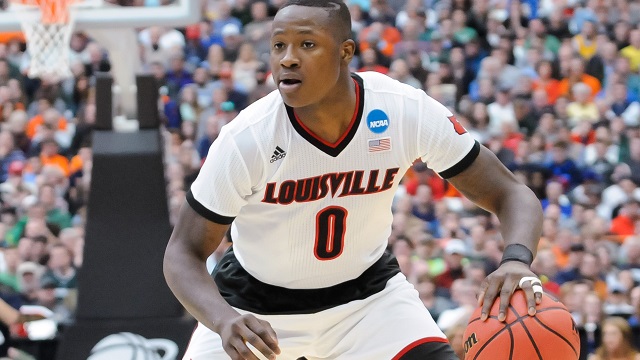 Terry Rozier Jumps Into A Pool To Celebrate Celtics Drafting Him (Video, Photos) 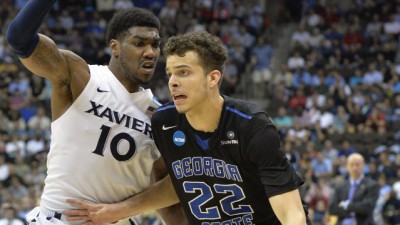