If Donald Trump is looking for an endorsement, Curt Schilling won’t be the one to provide it.

Trump and McCain had been in a war of words after McCain said Trump’s comments about illegal immigrants were bringing out the “crazies.” Trump responded by saying McCain, a naval aviator who was shot down in the Vietnam War and spent over five years as a prisoner of war, wasn’t really that big of a deal.

“He’s not a hero,” Trump said. “He?s a war hero because he was captured. I like people who weren?t captured.?

That threw Schilling over the edge, who continued to debate back and forth with several followers on the topic.

Schilling, who is known for not having much of a filter, did have a bit of fun at his own expense in order to back up his opinion that Trump’s comments weren’t OK.

Next time, though, Schill probably could keep it a bit simpler and just tell Trump he’s fired. 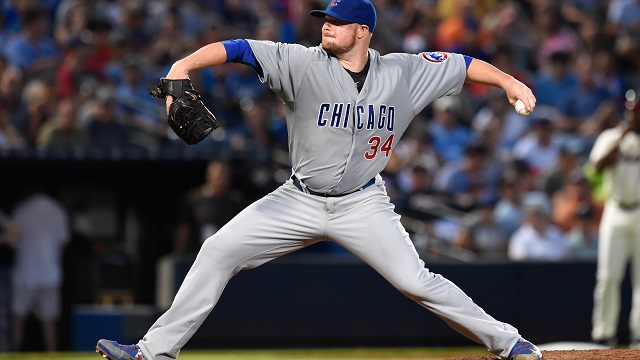