To think, it could?ve been Robb Nen.

Everything changed for the Boston Red Sox on Nov. 18, 1997, when then-general manager Dan Duquette pulled the trigger on a franchise-altering trade that landed then-reigning National League Cy Young award winner Pedro Martinez from the Montreal Expos in exchange for top pitching prospect Carl Pavano and player to be named later Tony Armas Jr.

But what if the deal never came to fruition?

The Red Sox reportedly considered trading Pavano to the Florida Marlins in a deal for Nen mere days before reeling in that offseason?s most coveted prize. Nen was a fine reliever who had a successful big league career that included three All-Star selections. But he?s no Pedro Martinez. No one is.

Duquette chose the former path, culminating with one of the most lopsided trades in Major League Baseball history. The phrase ?highway robbery? doesn?t do it any justice.

Martinez posted a 117-37 record and a 2.52 ERA in seven historic seasons with the Red Sox, eventually winning a World Series title in his final campaign with Boston in 2004. It was a stretch of pitching dominance unlike any other in the modern era.

Pavano, meanwhile, went 24-35 with a 4.83 ERA over parts of five seasons with the Expos to kick off an injury plagued career. Armas went 48-60 with a 4.45 ERA in 151 starts spanning eight seasons with his new organization, which later became known as the Washington Nationals.

?That?s the type of trade you dream about as a general manager, acquiring the reigning Cy Young Award winner,? Duquette, now the executive vice president of the Baltimore Orioles, said back in January, according to The Baltimore Sun. ?We were fortunate to be able to acquire his contract in a trade.

?The (New York) Yankees were trying hard to trade for him, too, but we took his contract and we knew we were going to try to sign him to a long-term deal. We were successful with that and Pedro had some great years with the Red Sox over the term of that contract.?

Looking back, trading for Martinez  — a 26-year-old ace coming off a lights-out season north of the border — was a no-brainer, especially for a franchise in need of a front-line starter after watching Roger Clemens sign with the Toronto Blue Jays in free agency the previous offseason. But there still was a scenario in which Duquette?s ?dream? could have become a nightmare.

The Red Sox signed Martinez, who was entering the final year of his contract with the Expos, to a six-year, $75 million deal upon landing the star. It included a club option for 2004 that brought the total value of the deal to $90 million. A $12.5 million guaranteed average annual salary was earth-shattering at the time, as Greg Maddux previously set the bar for starting pitchers by signing a five-year, $57.5 million contract ($11.5 million average annual salary) in 1997 to remain with the Atlanta Braves.

Clearly, there was an inherent financial risk involved despite Martinez?s obvious talent. The true roll of the dice, however, centered on Duquette?s confidence in Martinez?s ability to move the needle in Boston.

The Red Sox were coming off a 78-84 season in which they finished in fourth place in the American League East, yet — as Massarotti pointed out in his 2009 book ?Dynasty: The Inside Story of How the Red Sox Became a Baseball Powerhouse? — there was a provision in Martinez?s contract that said the pitcher could demand a trade if Boston failed to qualify for the playoffs during the first three years of his new deal.

?I knew that if he signed with us, we had a pitcher who would be 15 games over .500 every year — and that would attract other players, too,? Duquette reasoned, according to Massarotti?s 2009 book. ?In his mind, it was a competitive issue. He wanted the chance to compete and I was confident we would be able to. ? (Martinez) deserved an opportunity to go somewhere else if we didn?t live up to our part of the equation.?

Duquette?s calculated risk paid off. The Red Sox earned back-to-back playoff berths in 1998 and 1999, winning 92 and 94 games, respectively. Martinez spearheaded the renaissance. The Red Sox?s team ERA went from fifth-worst in the majors (4.85) in 1997 to second-best in the American League (4.18) in 1998. Boston had the best team ERA in the Junior Circuit (4.00) in 1999, when Martinez was robbed of the AL MVP award amid one of the most insane seasons ever for a starting pitcher.

The Red Sox missed out on the postseason three straight years from 2000 through 2002 but remained competitive, finishing at least three games above .500 each season. They even won 93 games in 2002, when they finished 10 1/2 games back of the Yankees, who racked up 103 victories.

While Boston didn?t end its World Series drought until Martinez?s final season with the club in 2004 — an 86-year skid by that point — the perception surrounding the organization changed the moment the Red Sox acquired the lanky, confident, fire-breathing (and fire-throwing) right-hander from the Dominican Republic. The Red Sox truly were ?back in business,? as Duquette declared at the time.

“Pedro was a terrific performer with a performer?s temperament, and every time he pitched at Fenway Park it was an event in itself,” Duquette told Boston.com in January. “It was like going to see a prize fight to be able to see Pedro pitch on the mound, and to see him apply his trade with such passion and terrific skill.

?This guy had three unbelievable pitches (fastball, changeup, curveball), great fielder, terrific competitor, fierce and fearless man. Everything you ever looked for in a pitcher, Pedro Martinez had it.”

Nearly two decades after bringing ?it? to Boston, the Red Sox are firmly established as one the premier franchises in professional sports, even in light of the team?s recent struggles. And Martinez — a Hall of Famer whose No. 45 soon will adorn the right field facade at Fenway Park — undoubtedly served as a catalyst in helping to establish that new normal.

It?s hard to imagine Nen — or anyone else — having that impact. 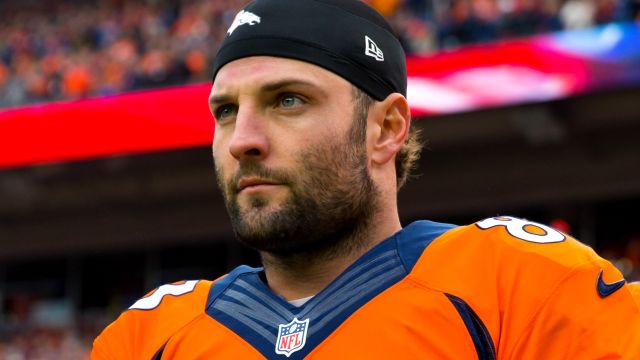 Champ Bailey: Wes Welker Should Retire Since Concussions Are ‘No Joke’ 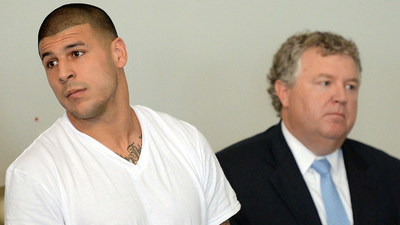