ATLANTA — Jordan Spieth treated the Tour Championship as if it were a major. He played like it was, too.

Looking for a fitting finish to a sensational season, Spieth poured in putts from all over East Lake and never gave Henrik Stenson or anyone else much of a chance Sunday. His final stroke was an 8-foot par putt that was right in the heart for a 1-under 69, and he leaned back with a smile of pure satisfaction.

The 22-year-old Texan became golf’s first $22 million man — a PGA Tour record with just over $12 million in prize money, and the $10 million bonus for the FedEx Cup.

“This is incredible,” Spieth said. “This is an event where we approach it like a major championship because we know this is possible at the end of it.”

Even when he missed back-to-back cuts to start the FedEx Cup playoffs, Spieth spent the month trying to peak for the most important event in the lucrative series. He was the first to show up at East Lake on Monday to start grinding on his game. And with a one-shot lead going into the final round Sunday, he was on the putting green three hours before his tee time for what caddie Michael Greller called the “early grind.”

“We only do this at the majors,” Greller said.

It all paid off so handsomely, especially that putter.

“Eleven was a dagger,” Spieth said.

At that point, Stenson could only smile and bump fists with Spieth.

“You can’t expect him to make it,” Stenson said after a 72. “You’re feeling like you got a good chance to make up some ground. But he just poured that one in the middle. It’s fun to watch and just say, `Well done.’ The best player this week won the tournament, won the FedEx Cup.” 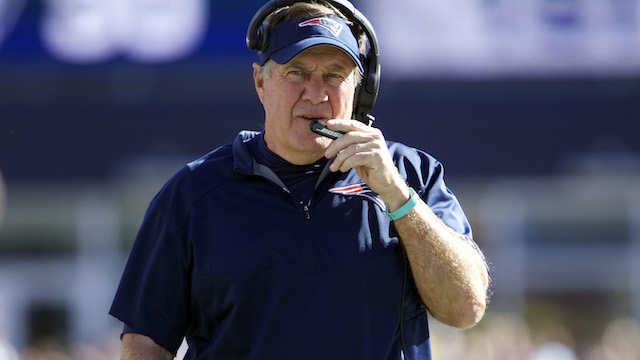 Bill Belichick: Three Wins No Big Deal, Will ‘Get A Lot Of Coaches Fired’