The Boston Bruins reached the official halfway point of their season Monday with a 2-1 loss to the New York Rangers, and even still, the exact identity of the team remains a bit of a mystery.

The Bruins began the season with three demoralizing losses on home ice, then went 6-0-1 over their next seven games. A 2-4-0 stretch followed before Boston rebounded to make a wild surge toward the top of the Atlantic Division standings, earning at least a point 14 times in a 15-game stretch.

First place eluded the B’s, however, and since a 2-1 shootout win over the New Jersey Devils on Dec. 20, they’ve dropped seven of nine and lost two of their longest-tenured players — center David Krejci and defenseman Adam McQuaid — to injury.

So, what will the second half have in store for this Bruins team? That’s a difficult question to answer. As of Tuesday night, they sat inside the playoff picture in the Eastern Conference but were in danger of falling all the way to sixth in the Atlantic, with the Tampa Bay Lightning and Ottawa Senators trailing them by just a point in the standings.

But for now, as the Bruins prepare for game No. 42 Wednesday night in Philadelphia, let’s take a moment to recognize of the team’s top performers — and most memorable moments — of the season so far.

Bergeron will be the only Bruins representative at the 2016 NHL All-Star Game in Nashville, Tenn., and you won’t find many educated hockey fans who would argue with that selection. The veteran center is making a strong case for his third consecutive Selke Trophy while also serving as a key cog in Boston’s top-ranked power-play and much-improved penalty-kill units. He leads or is tied for the team lead in all three scoring categories and also is one of just three Bruins — along with Ryan Spooner and another team MVP candidate, Loui Eriksson — who have yet to miss a game this season.

Simply put, Bergeron’s the best the Bruins have.

Every first-year Bruin has experienced growing pains, making the winner in this category a bit tough to peg. Winger Frank Vatrano has enjoyed perhaps the highest highs of the group — his peak being a hat trick against the Pittsburgh Penguins — but has struggled to produce at a consistent clip, going without a point in 22 of his 26 games. Center Joonas Kemppainen, meanwhile, has enjoyed under-the-radar success on Boston’s lower lines in his first season since coming over from the Swedish Elite League, but he missed more than a dozen games with an upper body injury.

So, while he’s struggled at times himself, we’re going to give this honor to Miller, who ranks third among Bruins D-men in scoring (three goals, 11 assists) has been one of the team’s more consistent blueliners thus far.

Beleskey’s stats through his first half-season in black and gold don’t jump off the page (seven goals, 13 assists in 39 games), but he’s brought the type of edge to the Bruins’ lineup the team was looking to replace after unloading Milan Lucic this past summer. Backup goalie Jonas Gustavsson also deserves consideration for his work in relief of Tuukka Rask, and Landon Ferraro has been a pleasant surprise for coach Claude Julien since being claimed off waivers in late November.

Jimmy Hayes also could nudge his way into the conversation if he continues to play the way he has of late.

The B’s and Blueshirts treated the TD Garden crowd to a doozy on Black Friday, complete with big hits, fisticuffs, controversy and a furious, late rally by the home team. Boston scored twice in the final four minutes to stun the then-Metropolitan Division leaders, but it was the postgame accusations thrown around by Brad Marchand, Julien, Beleskey and Rangers coach Alain Vigneault that truly made this one memorable.

Honorable mentions in this category include the Bruins’ slump-busting win over the Montreal Canadiens on Dec. 9 and their 7-3 demolition of the Senators in their final game of 2015.

Vatrano’s second career goal was an overtime game-winner against the Detroit Red Wings, and USA TODAY Sports photographer Rick Osentoski captured the pure euphoria of the celebration that followed. 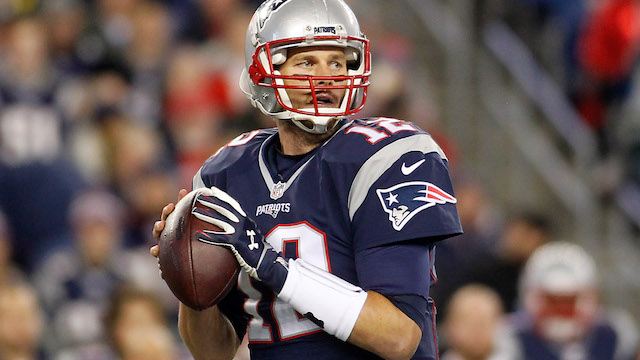