Tom Brady again will face off against Peyton Manning when the New England Patriots take on the Denver Broncos in the AFC Championship Game on Sunday.

Did you know it’s their 17th matchup? That Brady’s first career NFL start came against Manning? That Brady is 11-5 against his biggest rival? That Manning holds a bunch of individual records, but Brady has the edge in Super Bowl wins?

Excuse the tepid enthusiasm. Not trying to be a typical negative New Englander or sportswriter here (I was born in Seattle, thank you very much), and yes, I can appreciate the history of a rivalry between two of the greatest quarterbacks in NFL history. But treating Brady-Manning XVII like it’s, say, Brady-Manning IX would be a disservice.

The storylines and hot takes all have been written. This is a curtain call. Sure, it will be cool to see Manning lead his team down the field like old times — except this time throwing knuckleballs — but believing he could individually beat Brady is a fantasy.

This is the one that matters:
Broncos defense: 60.0 completion percentage, 3,193 yards, 19 touchdowns, 14 interceptions

The average NFL quarterback was significantly better against the Broncos’ vaunted defense than Denver’s starter this season was against the average defense. That’s bad. Brady somehow still is in his prime at 38 years old. Manning, who’s 39, is late-1990s Dan Marino.

The Brady-Manning rivalry is fun for your typical regular-season game, but it’s a footnote in this battle. This is the AFC Championship Game, and it won’t be decided between which quarterback plays better, because if it was, the Patriots might as well just travel west and get situated in Santa Clara three weeks early.

The real clash is between the Patriots’ recharged offense and the Broncos’ No. 1-ranked defense. The Patriots’ offense was held in check in Week 12, when the Broncos won 30-24 in overtime, but New England wide receivers Julian Edelman and Danny Amendola were stuck in the trainers’ room. Without the shifty receivers, the Patriots are “Scream” — fun and watchable but nothing overly intricate. With them, they’re “The Shining” — deep, complex, evolving. A psychological nightmare.

It’s nearly impossible to stop the Patriots when they bust through a defense in their “Here’s Johnny” moments. The Kansas City Chiefs learned that the hard way Saturday night by falling 27-20 in Foxboro after riding high with an 11-game winning streak.

But the Broncos already have stopped the Patriots’ offense this season, albeit with injuries playing a factor. This game is about Josh McDaniels versus Wade Phillips, Rob Gronkowski versus T.J. Ward, Edelman versus Aqib Talib, Sebastian Vollmer versus DeMarcus Ware, Brady versus Von Miller.

The odds are stacked against the Broncos — literally. The Patriots are three-point favorites despite the game being held at Sports Authority Field at Mile High, but for the Broncos to win, their defense has to outplay New England’s offense and score off turnovers. Manning and the Broncos’ ground game won’t be enough.

That’s the matchup worth talking about this week, not the quarterback who was benched and brought back only because Brock Osweiler was so blah. We’ll miss Manning when he’s gone, but this season’s version of the legendary quarterback is like watching the walking dead. It’s embarrassing to try to put Manning on a pedestal with Brady at this point.

This game has no stake in the Brady-Manning rivalry. So this week, let’s concentrate on the game at hand, not the competition Brady conquered when he won Super Bowl XLIX for his fourth championship. 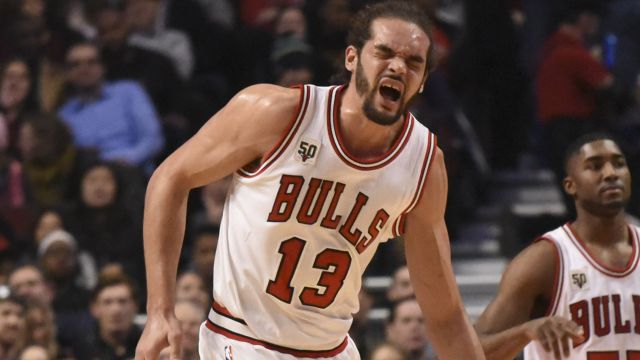 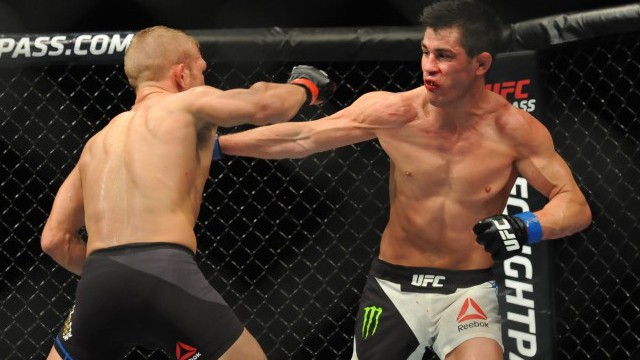 Dominick Cruz, Dana White Not Sure What’s Next For UFC Bantamweight Champ