BOSTON — The Florida Panthers’ active roster features four players who used to don the black and gold of the Boston Bruins. Two on them played key roles in Thursday’s 4-1 Panthers win at TD Garden.

Winger Reilly Smith, who Boston dealt from Boston to Florida last summer in the Jimmy Hayes trade, got the Panthers on the board with a second-period goal, setting up the play and then finishing it off by hammering home a Vincent Trocheck rebound.

“It was nice,” Smith told reporters after the game. “It?s always nice to score against your former team, and it?s bigger to get the win against them. So, just happy I could contribute, and it?s a big two points for our team.”

Smith now has 24 goals in 74 games with the Panthers after totaling 33 in 163 contests over his two seasons with the Bruins.

The other ex-Bruin who made his mark Thursday was defenseman Steven Kampfer, who was playing his first game back in Boston since the B’s moved him ahead of the 2012 trade deadline. Kampfer finished with a game-high five blocked shots and helped bail out goalie Roberto Luongo to prevent what would have been the Bruins’ first goal of the game.

Kampfer’s play earned him the ceremonial “Spacey in Space” sweatshirt, given to the MVP of each Panthers win.

“It was fun to get back out there playing, first time playing against the old team,” the 27-year-old told reporters. “It was definitely fun, memorable. And more importantly, we got the two points.”

Panthers coach Gerard Gallant also praised the D-man’s effort in what he called “one of (Kampfer’s) best games that he’s played with us.”

Some additional notes from Wednesday’s Bruins loss, their fifth in a row:

— Much of the postgame chatter centered around the disallowed goal by Bruins center Patrice Bergeron that would have tied the game at two midway through the third period.

Head coach Claude Julien said he was “baffled” by the ruling, and several of his players offered similar sentiments. But all agreed they do not wish for that particular play to define their season.

“(It was) too bad,” center David Krejci said. “The game would?ve been different. It would?ve been 2-2 in the third period, you know. But it is what it is. We lost another game. We have to realize we have seven games left. And we?re still not in the playoffs for sure, so we have to start winning some games and make sure we get in there.”

“You worry about the next game,” Julien added. “Right now, we?re not worrying about anything else. Panicking will certainly not help the situation, and again, we?re still in that playoff position. I keep saying we?re in control of our own destiny, so if you panicm you?re not going to gain what you want to gain And if you stay in the moment and try and fix things and try and get better, then you?ve got a chance.”

The Bruins remained in third place in the Atlantic Division after the loss but now lead the fourth-place Detroit Red Wings by just one point in the standings. Only the top three finishers in each division are guaranteed playoff berths, and Detroit entered Thursday outside the postseason picture thanks to a tiebreaker with the Philadelphia Flyers.

— The Bruins have managed just six total goals during their five-game skid, including zero power-play tallies.

Production on the man advantage has been a huge issue of late for the B’s, who have totaled eight power-play goals (8-for-81) over their last 27 games, three of which came during a Feb. 20 win over the Dallas Stars.

— Luongo recovered from his shaky start to stop 34 of the 35 shots he faced and earn his first win over the Bruins in four tries this season. His best save of the night came against Hayes in the final moments of the second period, and he followed it up by raising the gloved puck for his former Florida teammate to see.

“Obviously, because it was Jimmy, I think we were just playing around a little bit there,” Luongo told reporters. “I don?t think he was too excited about it, though.”

— Brandon Carlo, a second-round pick of the Bruins in the 2015 NHL Draft, joined the Providence Bruins on Thursday after wrapping up his season with the Tri-City Americans of the Western Hockey League.

The 19-year-old defenseman, who participated in Bruins Development Camp last summer, tallied five goals and 22 assists in 52 games for Tri-City before turning pro.

?I?m really excited,” Carlo told BostonBruins.com. “It?s definitely a big deal. It?s pretty much the last step until the NHL. There?s a lot to be excited about. Once I got the call and knew I was coming up here, they just helped me along and made me really excited.? 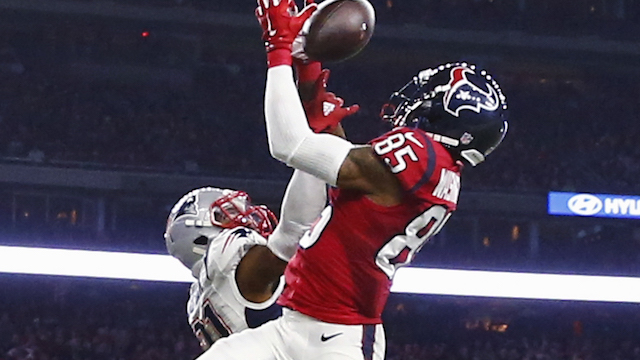