The New England Patriots improved their 2016 squad by acquiring proven veterans like tight end Martellus Bennett, defensive end Chris Long and wide receiver Nate Washington this offseason. The Patriots could receive an equal boost from young players ready to break out, however.

Here are five Patriots players who could take a leap next season.

DARRYL ROBERTS, CB
Roberts came to the Patriots as a late seventh-round draft pick out of Marshall last season. He had a Malcolm Butler-esque rise during training camp, which culminated in the rookie starting the Patriots’ opening preseason game against the Green Bay Packers. He injured his wrist and was placed on injured reserve, halting an impressive summer.

Roberts has a chance to compete for the Patriots’ No. 3 cornerback role this summer, and if his rookie training camp is any indication, New England’s coaching staff should be high on him. He was breaking up passes daily last summer.

CHRIS HOGAN, WR
Hogan was used as the Buffalo Bills’ No. 3 receiver in 2014 and 2015, but he should have a bigger role with the Patriots after accepting a three-year, $12 million contract as a restricted free agent. Hogan has a chance to take over Brandon LaFell’s old “X” receiver role, where he’ll be asked to move the chains and potentially take the top off the defense.

Hogan is 27 years old, but he still has upside since he played only one year of college football. He’s still mastering the game, and at 6-foot-1, 220 pounds, he has the potential to be a dangerous weapon for quarterback Tom Brady. Look for Hogan to improve upon last season’s 36-catch, 450-yard, two-touchdown stat line.

SHAQ MASON, G
Mason outplayed fellow rookie guard Tre’ Jackson in 2015, and the Georgia Tech product didn’t have extensive college experience as a pass blocker. With his rookie year and a full offseason under his belt, Mason has a chance to take a second-year leap with the help of new (old) offensive line coach Dante Scarnecchia.

Mason shined when he had a chance to showcase his athleticism last season. He’s the most athletic Patriots offensive lineman in recent memory, posting a 4.99-second 40-yard dash with a 7.53-second 3-cone, a 4.65-second short shuttle, a 32-inch vertical leap and a 9-foot, 2-inch broad jump at the Georgia Tech Pro Day last March. He moves like a linebacker at over 300 pounds.

TREY FLOWERS, DE
Flowers, like Roberts, had his impressive rookie summer derailed by injuries. He played in only one game before being placed on injured reserve, but he showed enough during the preseason to garner high expectations heading into his second season.

Jabaal Sheard, Rob Ninkovich and Chris Long are ahead of Flowers on the Patriots’ depth chart, but he could take on a rotational role with an impressive summer.

TYLER GAFFNEY, RB
Gaffney, a 2014 Carolina Panthers sixth-round draft pick, had a ton of hype going into last summer with the running back competition wide open, but he suffered an injury early in training camp that shut him down for a second consecutive season.

The bar won’t be set as unreasonably high this offseason, but as of now, Gaffney has another chance to break out with shallow depth at the “big back” position.

The Patriots have Brandon Bolden, Donald Brown, Joey Iosefa, Dion Lewis and James White on their roster at running back. Gaffney, Bolden and Iosefa are the only backs who weigh over 207 pounds. That almost certainly will change through free agency or the draft before mini-camp begins, however.

Gaffney has yet to take an NFL snap, but he could grab a final spot on the Patriots’ roster with an impressive summer. He also has the perfect mentor in Patriots wideout Julian Edelman. 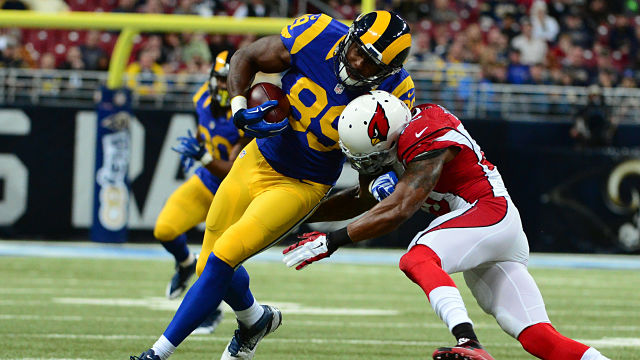 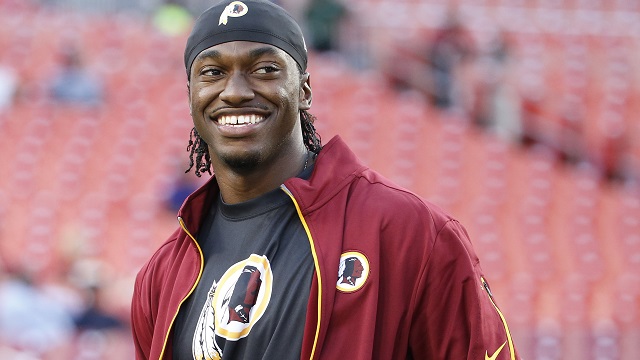