It took more than a year, but ESPN is accepting responsibility for some of its role in the Deflategate mess.

ESPN public editor Jim Brady on Thursday published a story with the headline “On Deflategate, ESPN Air-Balls On Transparency,” a critical self-review of the network’s coverage of the ongoing saga surrounding the New England Patriots and accusations the team knowingly deflated footballs ahead of the 2014 AFC Championship Game.

In many ways, the Deflategate circus started with a Jan. 21, 2015, story from veteran reporter Chris Mortensen, who stated through sources that the NFL found 11 of 12 footballs used by the Patriots in the AFC Championship Game were underinflated by 2 pounds per square inch.

“This bombshell turned an intriguing AFC title game sidebar into something that led all three national television newscasts by the next evening,” Brady wrote Thursday. “Quickly, however, one issue arose: The detail about 11 of the 12 balls being underinflated by 2 psi was not accurate, which was known relatively soon after the publication of the initial story.”

While the allegations eventually were called into question and debunked by science and additional reporting, the infamous “11 of 12” report gave the Patriots a bad look from the beginning. Despite evidence in the Wells Report contrary to Mortensen’s reporting, the Patriots already were presumed guilty in the court of public opinion.

Even as the report was questioned and proved wrong, Mortensen and ESPN didn’t do much to clarify what was originally reported. Mortensen didn’t even delete the tweet until August.

ESPN didn’t do much with the story on its website, either — until Thursday.

“I have been pushing for some clarity on this question for weeks, and it led to some action within ESPN,” Brady wrote. “As this column was being published, ESPN added a formal clarification to the original Mortensen story.”

Sure enough, the following clarification now appears on the ESPN.com story originally published in January.

ESPN vice president of global digital content Patrick Stiegman explained to Brady why it took so long for the clarification to come.

“Typically, we wouldn?t revise a story more than 6 months old in our archives, but after Mort clarified his reporting and removed the tweet, for transparency reasons, we should have updated our online version,? Stiegman said. “We did thoroughly cover the deflation issue, including Seth (Wickersham) and Don (Van Natta’s) in-depth reporting, Mort?s on-air reports, and subsequent coverage of the Wells report — and its detractors. But given the attention to the story, could the clarification have come sooner? Certainly.”

The story comes on the day the Deflategate case will be back in court, as the NFL appeals U.S. District Court Judge Richard Berman’s decision to vacate Patriots quarterback Tom Brady’s four-game suspension in the matter.

Click to read the ESPN.com story on Deflategate coverage >> 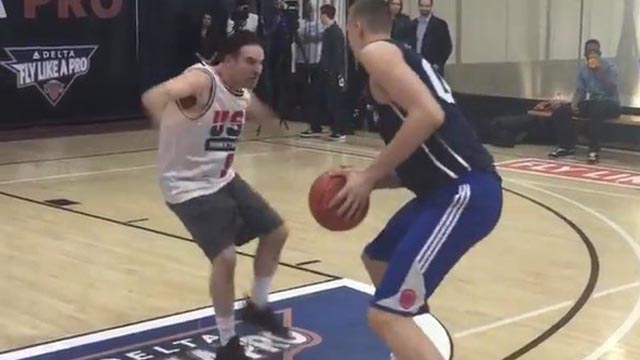