The rivalry is dead. And Justin Bieber isn’t.

Bieber’s been caught up in a beef with Nate Diaz since taking a shot at him on Instagram following the fighter’s UFC 196 victory over Conor McGregor. It appears Bieber will live to tell about it, though, as the two seemingly smoothed things over with a couple of selfies posted to social media late Wednesday night.

The whole rivalry started when Bieber posted a couple of photos in which he praised McGregor. He declared the Irishman “a true champion” despite his loss to Diaz, which is fine seeing as how McGregor technically still is the UFC featherweight champion. But Bieber also called Diaz’s fighting style “terrible,” which clearly drew the ire of McGregor’s most recent opponent. Diaz fired back on several occasions.

The two finally crossed paths at an after-party at Warwick nightclub in Hollywood late Wednesday night, according to TMZ Sports. Rather than smack The Biebs, as he previously said he would, Diaz took the high road, leading to a restored relationship that’s bound to have the Internet buzzing. 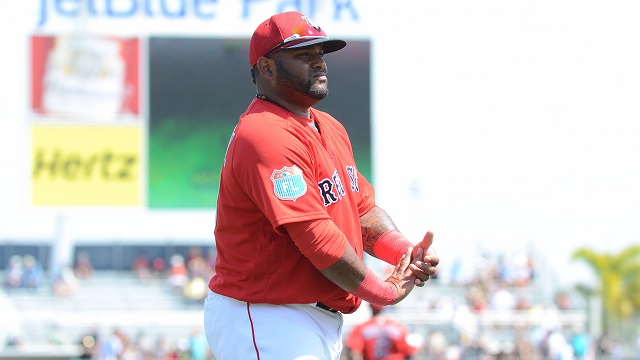 Pablo Sandoval Tweaks Back Diving For Ball, Will Miss A Few Games