Making NBA award predictions is akin to filling out an NCAA Tournament bracket: You feel great about it at the time, but then look back later and wonder what the heck you were thinking.

Of course, that sinking feeling of being completely wrong never stops us from trotting out our predictions every preseason, which is exactly what we did back in October.

Some of our prognostications were solid, while others were not. (No, we didn’t pick Stephen Curry to win MVP.) So, in the interest of full disclosure, we’re revisiting all of our original predictions and updating them with who we think actually will take home each major NBA award this season.

Perhaps our most interesting revelation involves a total misfire on Boston Celtics point guard Isaiah Thomas, who has an outside chance of winning a different award than the one we thought he’d capture when the season began.

With that, let’s dive in:

Defensive Player of the Year
Our preseason prediction: Rudy Gobert, Utah Jazz
Who should win: Kawhi Leonard, San Antonio Spurs
We rode Stifle Tower hype train this preseason and in the process overlooked the best defensive player in the game today. Gobert has been solid defensively this season, but he’s also missed 20 games due to injury. Leonard, meanwhile, recently helped limit the best basketball player on the planet (more on him later) to just 14 points when the Spurs beat the Golden State Warriors. He deserves DPOY honors for a second straight season, and we deserve criticism for doubting him.

Most Improved Player
Our preseason prediction: C.J. McCollum, Portland Trail Blazers
Who should win: McCollum
We should at least get one right. McCollum has jumped from rarely used role player to Damian Lillard’s backcourt sidekick and is averaging 20.7 points per game compared to last season’s minuscule 6.8 average. McCollum is playing double the minutes, though, and one could make a compelling case for Thomas, who is averaging career highs across the board in his first-ever All-Star campaign.

Coach of the Year
Our preseason prediction: Billy Donovan, Oklahoma City Thunder
Who should win: Steve Kerr, Golden State Warriors
Back in October, we reasoned that the strong play of Kevin Durant and Russell Westbrook could lift Donovan to COY in his rookie campaign. But if the Warriors surpass the 1995-96 Chicago Bulls for the best record in NBA history — and even if they fall just short — there’s no way Kerr shouldn’t win this award. That’s also too bad for Celtics coach Brad Stevens, who also has a pretty good case for this award after improving Boston for the third straight season.

Sixth Man of the Year
Our preseason prediction: Isaiah Thomas, Boston Celtics
Who should win: Jeremy Lin, Charlotte Hornets
We really missed the mark on this one. After coming off the bench in every game for Boston last season, Thomas was thrust into the starting lineup four games into the 2015-16 campaign and hasn’t looked back since. This award is a bit up in the air, but Lin is a big part of the upstart Hornets’ playoff push, and Charlotte’s success gives him an edge over Denver Nuggets guard Will Barton and New Orleans Pelicans forward Ryan Anderson.

Rookie of the Year
Our preseason prediction: Jahlil Okafor, Philadelphia 76ers
Who should win: Karl-Anthony Towns, Minnesota Timberwolves
We figured Okafor would have to score virtually every point on a brutal Sixers squad, but Towns emerged as the clear favorite in a strong rookie class. He leads all rookies in points (18.1) and rebounds (10.3) per game and is two months away from making a clean sweep of the Western Conference Rookie of the Month honors. Okafor should finish third on the ballot, as New York Knicks phenom Kristaps Porzingis is having a strong rookie campaign.

Most Valuable Player
Our preseason prediction: LeBron James, Cleveland Cavaliers
Who should win: Stephen Curry, Golden State Warriors
It seems like a no-brainer now, doesn’t it? We thought James might be super motivated to knock Curry off his NBA MVP throne, but instead, the Warriors guard is in the midst of one of the greatest individual seasons in NBA history. Sorry we ever doubted you, Steph. 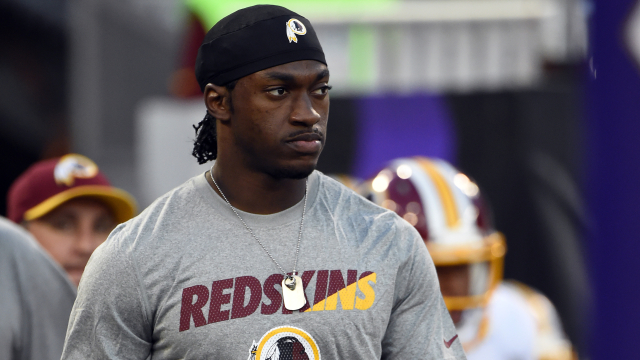 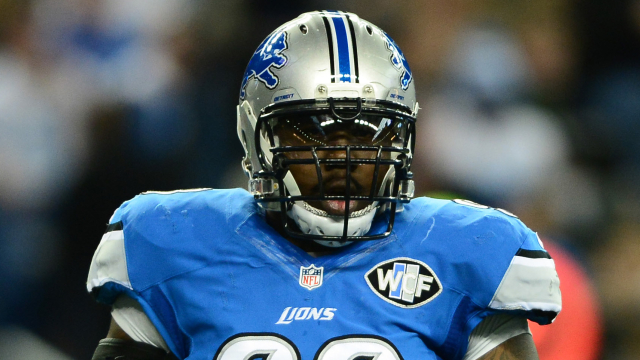 Report: Patriots Out On Nick Fairley, Who’s Expected To Sign With Saints