Apologies in advance for the nightmares you’re about to endure.

With one incredibly creepy move, the Houston Rockets might have just changed the way we all look at mascots, recycling bins, popcorn, the color green and basketball in general.

It happened Wednesday night when the Rockets hosted the Utah Jazz at the Toyota Center. Houston’s mascot tried to distract Utah guard Rodney Hood on a fourth-quarter free-throw attempt with the Jazz trailing 69-61.

The idea was nice. Teams resort to distraction attempts all the time in order to gain a competitive advantage on their home court. But the execution was somewhat suspect, as the result was nothing short of horrifying.

Amazingly, Hood sunk the free throw in spite of the orchestrated chaos. And believe or not, the Jazz not only stuck around for the conclusion of the game, but they also pulled off an 89-87 victory.

The Rockets deserve a loss for those antics. 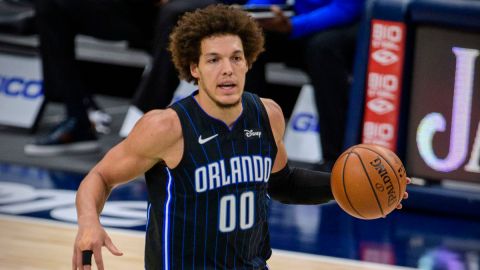 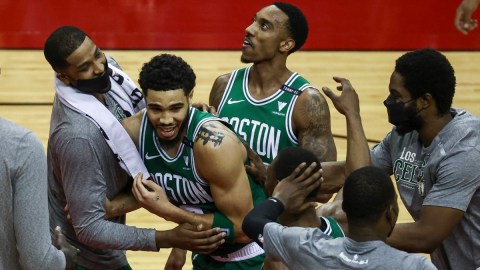 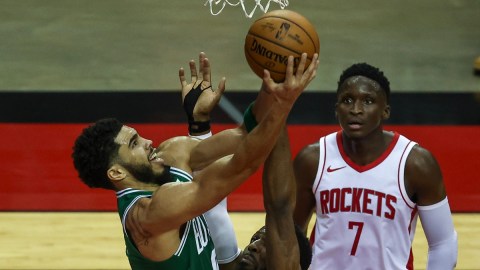