BOSTON — The Bruins did not have their best goaltender in net for Saturday afternoon’s regular-season finale, but they didn’t use that fact as an excuse after the Ottawa Senators ran them out of the rink in a blowout win.

Backup goalie Jonas Gustavsson was pressed into duty at TD Garden after usual starter Tuukka Rask came down with an illness Saturday morning. Gustavsson, who had not started a game since March 18, played well in the first period but stumbled in the second, surrendering four goals in a nine-minute span as the Senators breezed to a 6-1 victory.

When questioned after the game about the last-minute goalie switch, many of Gustavsson’s teammates praised the veteran netminder for keeping the Bruins in the game for as long as he did.

“I don?t think that played any role, to be honest,” defenseman Torey Krug said. “We obviously know Goose has won us some games here, stolen us some points. He kept us in the first period, and then it fell on our shoulders to come out and respond in the second, and we came out and just failed in the second period. And then from there, it was too much chasing. So, I think Goose did a great job. I don?t think the fact that we found out late that Tuuks isn?t in plays a factor into it.”

Bruins coach Claude Julien and captain Zdeno Chara pointed to the poor defensive play in front of Gustavsson, as Ottawa racked up 17 shots on goal in the opening period and another 12 during the first 10 minutes of the second.

“(The goalie change) shouldn?t have been an issue,” Julien said. “I think (Rask) is a great goaltender, but our team could have easily played much better and allowed Gus to be the winning goalie today. I think some of the goals that they scored — those tips and a lot of those goals — we didn?t give him much help, and if anything he gave us a lot of help there in that first period. Certainly not the reason for (the loss), and again, excuses are out the window. There are none.”

“I don?t think anybody can say they had a good game,” Chara added.

Gustavsson, who finished with 30 saves in a losing effort, also downplayed the impact of having to start the most important game of his team’s season (earning a point would have clinched a playoff spot for the B’s) on short notice.

“I found out pretty much almost as soon as I got (to the arena),” he said. “I got the word that (Rask) was sick and there was a big chance that I was playing, and a few minutes later, they said I was playing. So, it was just about getting ready as another game. I felt pretty good going into the game, and yeah, that?s about it.”

The Bruins actually changed the complexion of the game after Mika Zibanejad’s goal made it 4-1 Senators with 10 minutes remaining in the second period. Ottawa did not register a shot on goal for the next 17-plus minutes, but Boston simply was unable to solve the Senators’ own backup goalie, Andrew Hammond.

Hammond stopped all 30 shots he faced over the final two periods, and the Senators finished things off with two empty-netters. 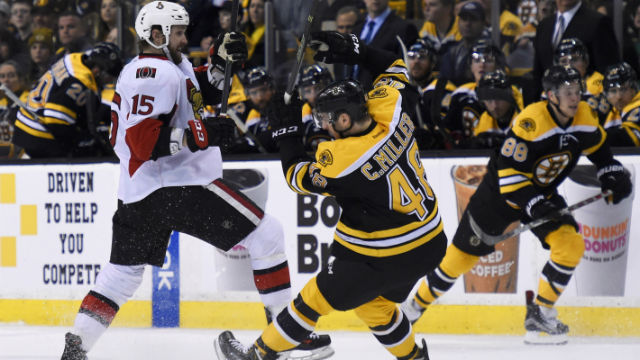 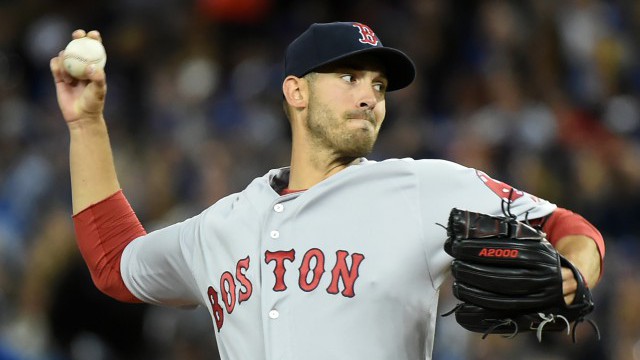